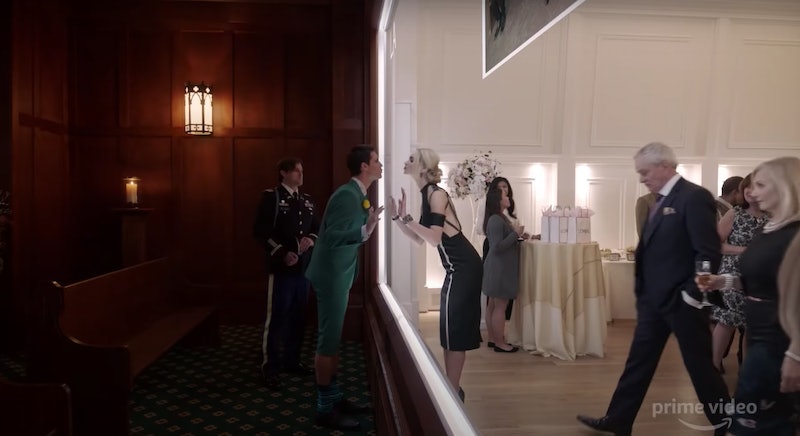 You might not immediately know the name Greg Daniels, but you sure know his work. The Simpsons and King of the Hill writer went on to develop the American version of The Office and Parks and Recreation. His latest show Upload — which is set in a future where humans can "upload" themselves into their preferred afterlife — is available to stream on Amazon now. With the full season running just ten episodes, will Upload return for Season 2? It seems quite likely, but it might be a while before you get to see it.

Currently Daniels is listed as Executive Producer on Upload through 2021 via the Writers Guild of America West website. While that's not an official announcement, it's a pretty solid there could be more Upload in the future. Unfortunately, present circumstances mean you might not see the results of that work for some time.

On March 16, Amazon Studios officially confirmed all original series in production are on hold for the foreseeable future, due to the novel coronavirus. So while there's still hope for an Upload second season in the future, it wouldn't start production for quite some time.

Ironically, the cast of Upload feels like the show's VR premise prepared them for living through quarantine. The show's main character, Nathan (Robbie Amell), is uploaded to a posh virtual afterlife system "Lakeview" upon his death. As he settles into his new non-life, Nathan's guided by his own "angel", a still-living customer service assistant Nora (Andy Allo). He begins developing feelings for her... but Nathan only exists inside the virtual world.

"It’s so wild because I feel like I’m living Nora’s life," Allo told SyFy. “She communicates with everybody through technology, and here we are doing interviews through Zoom and I’m talking to my friends and family through FaceTime."

But Daniels, who first tried to the develop the show back in 2008, never imagined Upload would serve as a form of commentary on our current pandemic. (Or that there would be a pandemic at all.) Rather, he just wanted to offer a take on our modern digital existence. "It’s not an enormous jump to imagine if they did have this [afterlife] technology, six giant tech companies would be running it for profit," Daniels told Vox. "Thank goodness we’re able to videoconference and be connected by the technology. But I also think that it exacerbates the difference between employees and owners, because it just makes it so easy to replace human beings with a little piece of software."