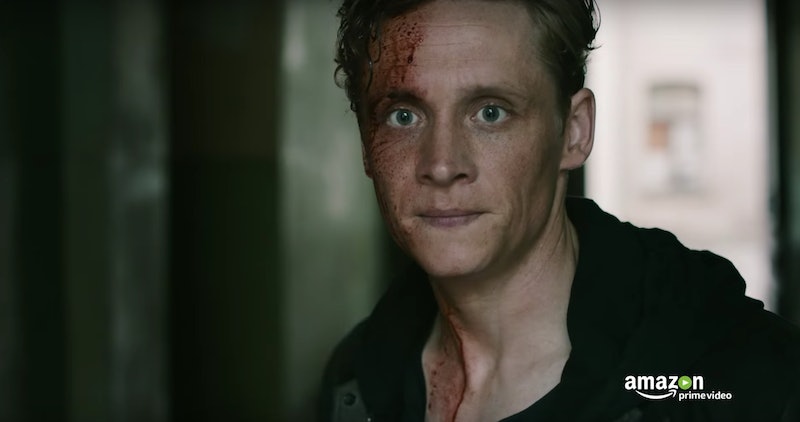 On Friday, March 17, Amazon will roll out You Are Wanted, its new German-language original series. The streaming hub has released content on a global scale before — most prominently with its car reality show The Grand Tour — but according to The Hollywood Reporter, this will mark the first time it takes a foreign-language original worldwide. Add in a dangerous, adrenaline-packed premise, and viewers will undoubtedly be wondering: Will You Are Wanted return for Season 2?

As of yet, Amazon hasn't announced any official plans, but in the past it hasn't been stingy when it comes to renewals. While Good Girls Revolt was canceled after only one season, it's an exception, not the standard. Shows like Transparent, Man In the High Castle, and Mozart In the Jungle have been running for years. Plus, much of Amazon's original content has been critically lauded, so it would be surprising if You Are Wanted proved a misstep — especially when it has so much riding on it.

The six-episode series is set to stream in more than 200 countries worldwide via Amazon Prime, which will offer dubbing in English, French, Italian, and Spanish as well as additional subtitles in Portuguese, Hindi, and Japanese. If it's successful, You Are Wanted could be a major springboard for Amazon, opening the door to a wealth of potential international content. Not only would it help the company break into the German television market, but it could pave the way for other foreign-language series that would, in turn, shake up the English-dominated model for original streaming.

That's a lot of pressure for one project, but You Are Wanted seems to have the story to back it. Led by German movie star Matthias Schweighöfer, it follows a hotel manager named Lukas Franke, whose life implodes when his personal data is hacked. The police accuse him of being linked to a terrorist organization, and as he struggles to prove his innocence, his family, friends, and colleagues begin to doubt him. Eventually, he tracks down a fellow victim, Lena Arandt (Karoline Herfurth), and together they set out to unmask the mysterious cyber criminals upending their lives.

The trailer is in German, so it's difficult to decipher much more, but it looks like a compelling whirl of action, mystery, and suspense. Given its tech-focused premise, You Are Wanted could very well dole out some incisive commentary about the perils of the digital world — a hot-button approach that's been a big hit for shows like Black Mirror, Mr. Robot, and Person of Interest.

With a gripping plot and some huge behind-scenes expectations, it's hard to imagine Amazon won't give You Are Wanted a second shot on-screen, but only time will tell.