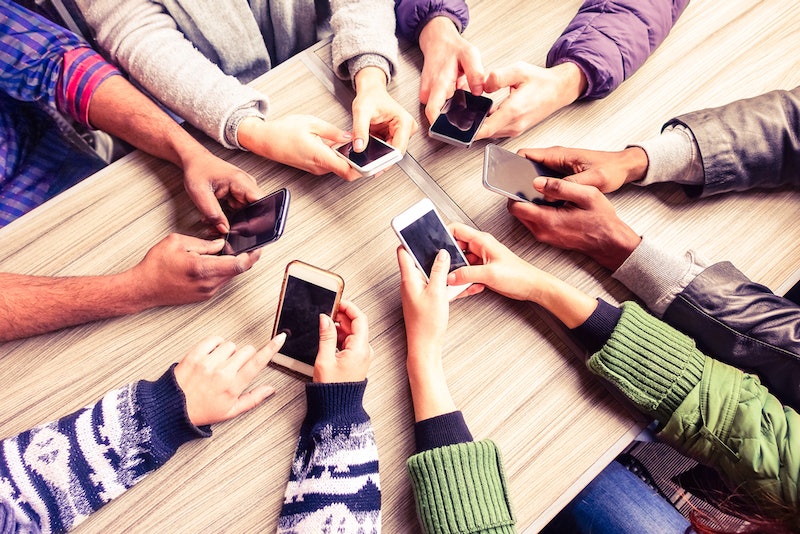 It's the mark of a good writer to create a work that stands the test of time. Head into any library, any high school English class, and you'll almost certainly encounter the works of "the greats" nestled on the bookshelves: Jane Austen, Maya Angelous, William Shakespeare, and the like. But which of these writers can stand the ultimate, 21st century popularity contest? Yep, I'm talking the social media Influencer test: Which authors are the most Instagrammed?

On today's social media platforms, hashtags like #bookstagram and #bookaddict and #shelfie are everywhere. Entire Instagram accounts are dedicated to shouting out books and giving recommendations. Everyone and their mom has captioned at least one moody selfie with an ~emo~ literary quote (Emily Dickinson's "I am out with lanterns, looking for myself" is a personal favorite and I don't care who knows it). It's official: being a bookworm is cool and people want to talk about being one on social media. And with the cultural cache of being well-read, certain authors, themselves gone for years (if not centuries), have experienced a burst in popularity.

So several months ago, Rebecca Armstrong, a writer for U.K.-based McGowan Transcriptions, began building her own social media study to answer the question, "What makes an author 'Instagrammable'?" Armstrong scoured both Instagram and Google trends to compile a data set that identifies which authors, and which literary "classics," have most appealed to a world shaped by social media. She's currently researched 27 authors, and ranked them in terms of their Influenster potential.

To build her ranking system, Armstrong looked not only at the popularity of an author's name, but at the names of specific works and "peak" popularity times, and compiled her raw data into a fascinating infographic, which you can see below.

As you can see, William Shakespeare takes the first place ribbon for "Most Instagrammable" writer. His name alone — #shakespeare and #williamshakespeare — has garnered more than two million hits, according to Armstrong's research. Shakespeare's prolific writing career doesn't hurt his IG popularity, either. Though at least 22 of his works have been turned into hashtags, #RomeoandJuliet is far and away the most popular, contributing 38 percent of the 1.5 million literature mentions Shakespeare has acquired.

In second place, there's J.R.R. Tolkien. Although his name has only been turned into a hashtag 964,045 times, his works — especially Lord of the Rings (shortened to #lotr) and The Hobbit (#thehobbit) — have earned over four million mentions. Perhaps unsurprisingly, Tolkien's popularity peaks every time a new film adaptation of his books is released. People love them a good "close up of Frodo crying" moment.

Coming in at number three, Edgar Allan Poe suffers the opposite fate of Tolkien: it's #edgarallanpoe's name that receives all the Instagram love, rather than his titled works. And every October, as both Halloween and the anniversary of Poe's mysterious death approach, his popularity peaks.

It's heartbreaking to think of Maya Angelou as no longer with us, but it's the truth. #MayaAngelou's name has snagged nearly 600,000 hashtag mentions, while her work has generated 18,477 - the majority of which, nearly 12,000, have featured #iknowwhythecagedbirdsings.

Rounding out our Top 5 Literary Instagram stars is Jane Austen, whose name and titles - specifically, #prideandprejudice - each clock in at around 500,000 hashtag mentions each. While Jane's social media legacy is almost certainly kept alive by college freshmen in British Lit 101 courses, her popularity has peaked during a recent big birthday (235!) and death anniversary (200th).

The ultimate takeaway from this study, though is the truly enduring power of literature. That these writers have created works that speak to an endless number of readers. Works that have survived wars and natural disasters and the Internet. And even today, as people tap away on their smart phones, a spark of inspiration drives them to quote from Romeo and Juliet in the caption of an Instagram post.