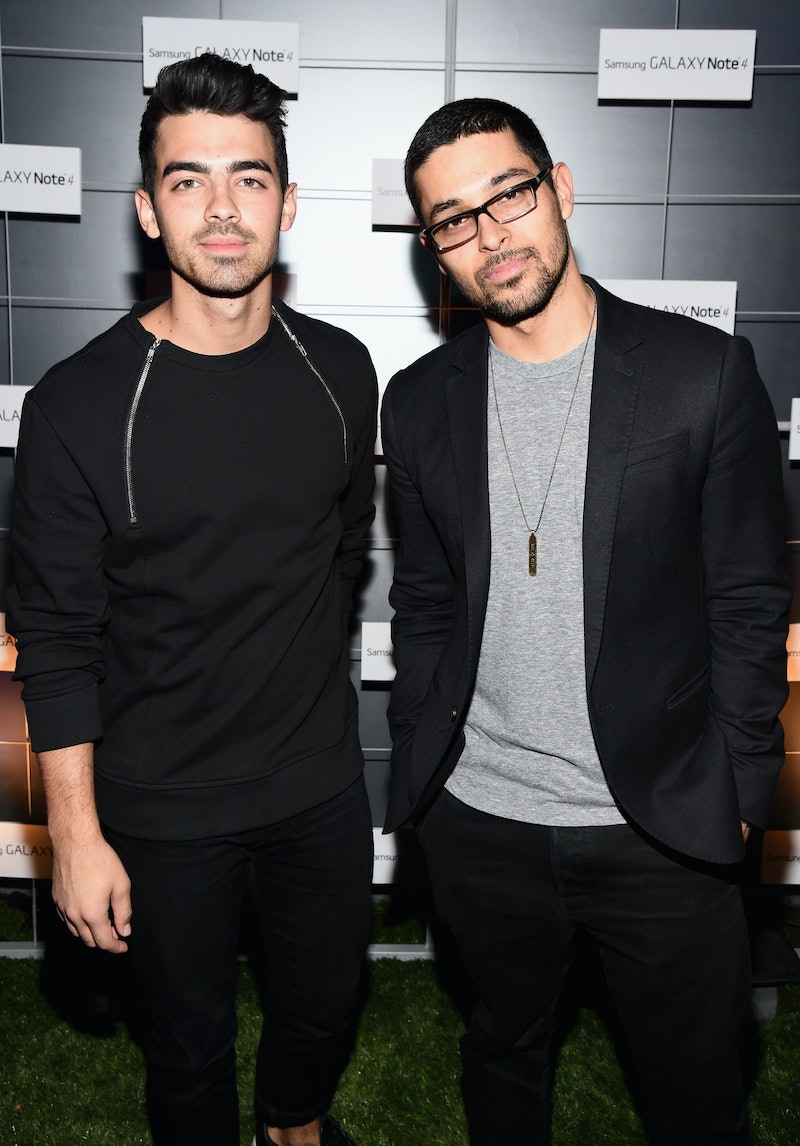 Believe it or not, but these two unexpected celebrities are good friends. Wilmer Valderrama and Joe Jonas' friendship is one that has been going on for years. They're so close in fact that the former That '70s Show actor seems to be attending Joe's second wedding to Sophie Turner that's reportedly taking place in France on June 29 (at least according to Dr. Phil).

On June 23, People reported that Valderrama and his rumored girlfriend, Amanda Pacheco, were spotted hanging out in Paris, France with Joe, Turner, Nick Jonas, and Priyanka Chopra. The publication also reported that the NCIS star announced their arrival on his Instagram Story. "We made it," he told his followers. "Happy to be here, really excited to take in the week! Where you all at?" Since then, Valderrama has continued to share footage from the City of Light on Instagram.

So how exactly did Joe and Valderrama become friends? Their friendship story is unclear, including when they met. However, there's a chance they met through Demi Lovato, especially since both the singer and the actor previously dated her. According to the "Sorry Not Sorry" artist, she dated Joe for "like a month" in 2010. The former Disney Channel stars have remained friends since their breakup. As for Valderamma and Lovato, they dated for six years before calling it quits in June 2016.

Lovato once commented on Joe and Valderrama's friendship. As Cosmopolitan's September 2015 cover star, she opened up about Valderrama not being a jealous guy, including when it came to Lovato working with Nick Jonas. She told Cosmo,

"Nick and Wilmer get along great — Joe and Wilmer too. It's weird. In the beginning, I was like, 'Why the f*ck are you friends with Joe?' He was like, 'He's a cool guy.' Yeah, I know. I dated him."

The four even went on a what appeared to be a double date back in October 2013. According to Fox News, Joe and his girlfriend at the time, Blanda Eggenschwiler, were seen attending a Kanye West concert at the Staples Center in Los Angeles with Lovato and Valderrama.

Even though they both dated Lovato at one point in time, their friendship isn't that strange. The two relationships were some time ago and everyone has clearly moved on in a positive way.

They guys have been spotted out and about together many times. In 2016, Valderrama and the Jonas Brothers singer were seen in West Hollywood and Los Angeles. In July 2017, they both attended a party together in Miami. That same trip, the Daily Mail reported the "Sucker" musician and Valderrama were even photographed chilling on a boat in the Florida city with Hailey Baldwin. In September 2017, Joe also referred to Valderrama as his "good friend" on Instagram.

Seeing as the two have apparently been friends since around 2013, it's no wonder why Valderrama would be invited to Joe and Turner's rumored wedding. What better way to support your friend than by celebrating him and his wife on their special day? Now, let's keep those fingers crossed Valderrama and Joe take at least one photo together — and share it on Instagram.