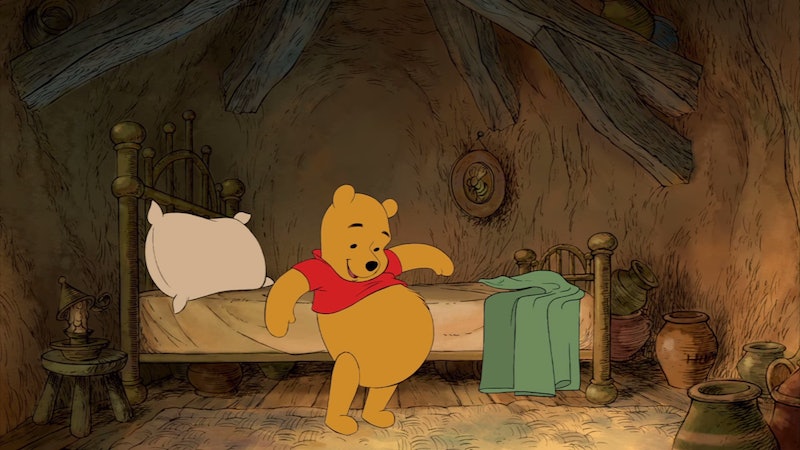 Although Milne based the stories in his four Pooh Bear books —When We Were Very Young, Winnie-the-Pooh, Now We Are Six, and The House at Pooh Corner — off of Edward Bear, that stuffed animal was "too gruff-looking [and] not very cuddly," according to James Campbell, Shepherd's estate manager. The artist turned to his son Graham's teddy bear, Growler, who then became the real-life model for that tubby little cubby all stuffed with fluff.

Campbell has managed Shepherd's estate since 2010, and is married to the Winnie-the-Pooh artist's great-granddaughter, The Guardian reports. He is also the author of The Art of Winnie the Pooh — not to be confused with the 2006 book of the same name — which will be available in the U.K. on Sep. 7. U.S. readers must wait until 2018 to get their hands on a copy, which will be published stateside by HarperCollins imprint Harper Design.

Pick up your copy of The Art of Winnie-the-Pooh: How E.H. Shepherd Illustrated an Icon when it arrives in the U.S. in May.