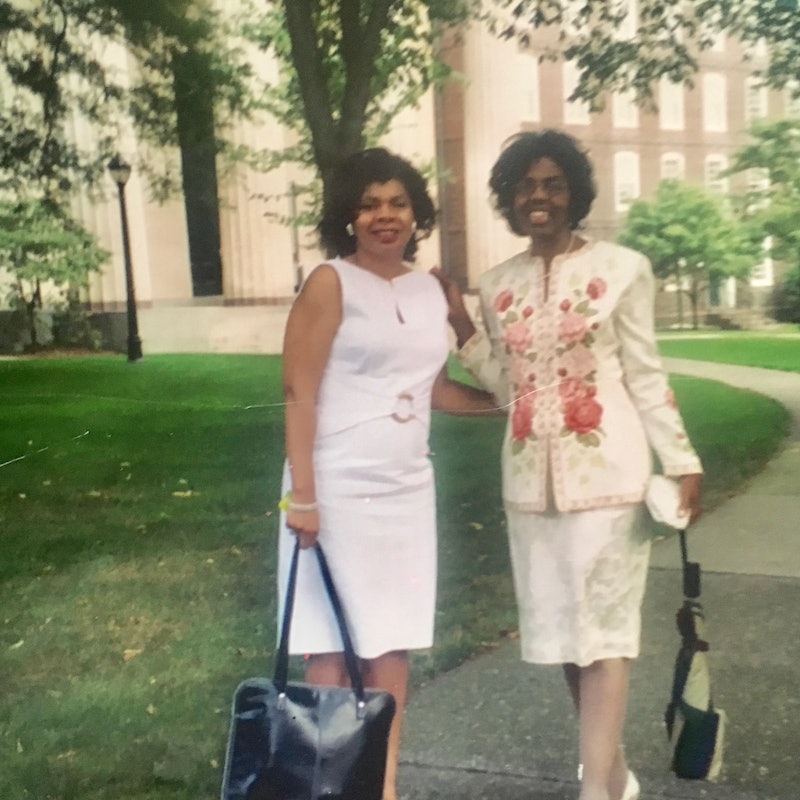 Whenever I would encounter schoolhouse taunts as a child, my mother was always there with helpful words: “It is not what they call you, but what you answer to.” When she got sick during my high school years, I told her I couldn’t go on if she left me. And in her kind but firm voice, she responded, "Don’t ever let anyone stop you." She repeated those same words to me throughout our 39 years together, and now, at 51, I lean on them. I remember those words each day I walk into a White House that views me as an enemy for asking the hard questions.

My mother, Mary Vivian Gowans Ryan, was a woman from very humble Southern farming beginnings. As a daughter of two farmers who had 14 children in North Carolina, her family did not have a lot of money. When my mother would hear her siblings say they were poor, she would just say, "Yes, but we are rich in love.”

As a child, she taught me about women who had a flair for making what was typically hard look easy and flawless. She empowered me through these stories of excellence in my community, like Shirley Chisholm, the first black woman to run for president in 1972; Grandma Moses; Harriet Tubman; and Rosa Parks, who we met in the '80s when I was a student at Morgan State University, where my mother also worked as the director of student activities.

Today, no matter where in the world I travel, I run into people whose lives my mother touched. Her former Morgan State University students range from a former White House staffer to the first Black attorney general for the state of New Jersey. These former students have shared with me heartfelt memories of my mother and what she did for them when they were matriculating through school.

My mother’s passion for supporting others was evident in her life’s work. She would take students and older persons into our home if they were in need. If there were ever an issue, she would advocate on someone’s behalf because she just had a heart for caring for others. I am thankful I was one of the people she cared for most. She brought up my brother and me to know we could be and do anything we wanted, as long as we worked hard and received a good education.

My mother was a nurturer who also gave me the foundation to understand race and the 400 years of slavery that have kept Black Americans in invisible shackles. I never knew those talks would come to bear on my work at the White House. This year marks 12 years since she died. The only comfort I take in her death is the fact that she is not here to witness what a United States president and his administration have continued to do to me. This administration has lied about me, claiming I took money from Hillary Clinton. They essentially placed a target on my head, as I've received death threats. They have tried to publicly humiliate me with name calling, and have called my boss to get me fired. But I still stand because of my mother and the strength she poured in me.

But what my mother taught me is emblazoned on my heart and my mind. Her words of inspiration have helped me move forward without stopping when negative arrows are thrown my way. Without my mother, I would not be able to stand against some of the worst public attacks leveled at a reporter by a president of the United States.

My mother told me to never let anyone stop me. I must keep moving.

Bustle's "Without This Woman" is a series of essays honoring the women who change — and challenge — us every day. This Black History Month, we're celebrating Black joy and the women who have helped us find it.

Kamala Harris: Without This Woman, I Wouldn't Be The Senator I Am Today

Simone Biles: Without This Woman, I Wouldn’t Be A Gold-Medal Winning Olympic Gymnast

Gloria Steinem: Without This Woman, I Wouldn’t Be So Aware Of The Walls Between Us