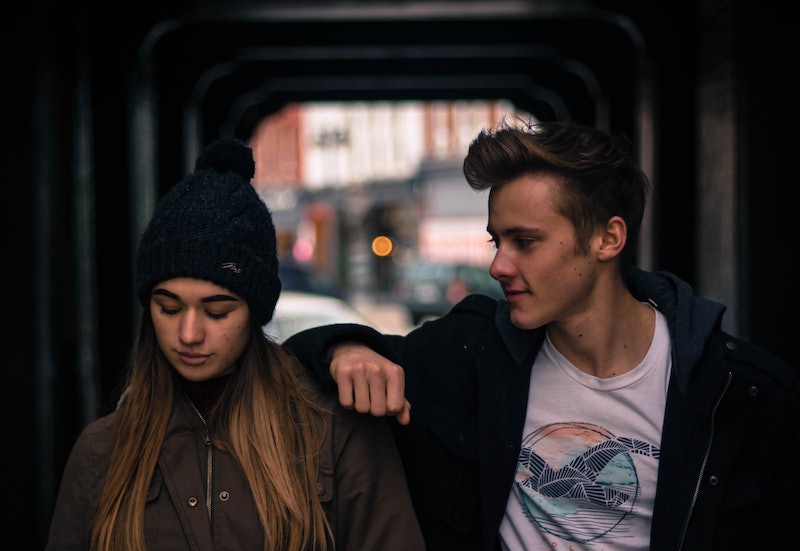 Yesterday, an AskReddit thread asked, “Women of Reddit, what innocent behaviors have you changed out of fear you might be mistaken for leading men on?” Hundreds of commenters chimed in to describe behaviors that, as women, they’ve had to change to avoid unwanted attention from men. The responses range from hiding their gender online to giving up even the most basic expressions of friendliness, like eye contact and smiling.

In the Reddit thread, women name a variety of behaviors they’ve had to modify, often describing the negative experiences they’ve had that led them to do so. These experiences run the gamut from awkward and uncomfortable to legitimately frightening, and were often brought on by little more than basic courtesy. Of course, it goes without saying that not all guys see a woman smile at them and assume that she’s interested in a relationship or that they should follow her home (which is a thing that actually happens). But it only takes a couple of scary encounters with presumptuous dudes for a woman to feel like she has to be cautious in how she acts.

Honestly, this whole Reddit thread is depressing, because it shows just how much women have to police their most basic behaviors simply to avoid being harassed in public; as the women in the thread describe, they alter what they say, what they look like, and how they physically move through the world, all to escape unwanted attention. And that’s a shame — both because it means that women's behavior is unnaturally constrained, and because it means that both women and men will miss out on human connections that could be powerful.

Read on for just a few of the things that Reddit women say they've had to stop doing around men:

A couple of redditors said that they'd had to stop giving even the most basic compliments to men, out of concern that they'd be misinterpreted.

The idea that simply looking at someone directly could lead to him following a girl home is terrifying.

Some redditors learned from experience that revealing that they were women was a quick way to ruin a game.

4. Talking about a girlfriend

One redditor said that, weirdly, saying that she is not interested in men guarantees that some guys will refuse to leave her alone.

5. Bending from the waist

At least it'll be good for the back in the long run, right?

The sad thing is that there are plenty of guys who probably legitimately just want to be nice or helpful — but when you've have one too many experiences in which a favor is interpreted as an obligation, it's hard to accept friendliness at face value.

Another redditor said they'd had to curb the level of affection they show to others.

A number of people said that they'd had negative experiences simply because they'd smiled at someone.

9. But also not smiling

Not smiling has its own consequences. You really cannot win.