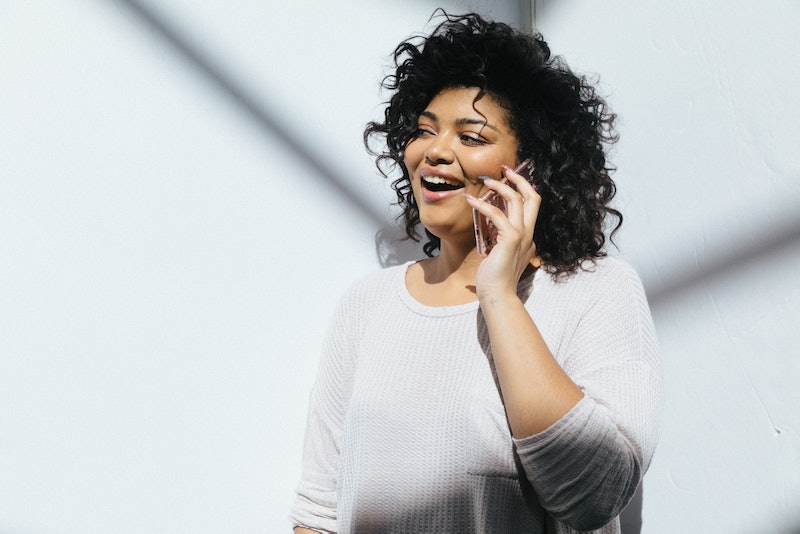 Swollen feet, intense cravings, leaky lactating — it's probably no surprise that pregnancy can cause some changes to your body and some of them may last long after. But of all of the changes that happen to your body during pregnancy and post-giving birth, this was not one you were probably expecting.

New research from the University of Sussex has found that after a woman gives birth to her first child, her voice becomes lower and more monotonous. According to researchers, women develop a more masculine version of their voice, but the change is temporary, with voices returning to their original frequency around one year after giving birth. Looking at 20 women who had given birth and 20 who hadn't, the study found that women's pitches dropped by over five percent on average — which is more than one piano note — after childbirth. Some women changed even more, the equivalent of over two piano notes.

Why does this happen? Well, the researchers had a couple of different takes, one of which is physiological. "One possible explanation is that this is caused by hormone changes after childbirth," Dr. Kasia Pisanski, who led the research at the University of Sussex's School of Psychology, said in a press release. "Previous research has shown that women's voices can change with fertility, with pitch increasing around the time of ovulation each month, and decreasing following menopause. We know that after pregnancy, there's a sharp drop in the levels of key sex hormones, and that this could influence vocal fold dynamics and vocal control."

But the researchers also thought that this change could actually be behavioral — even if the women didn't realize they were doing it. "Research has already shown that people with low-pitched voices are typically judged to be more competent, mature, and dominant, so it could be that women are modulating their own voices to sound more authoritative, faced with the new challenges of parenting," Pisanski said.

The other possible reason? Physical and mental fatigue — although the researchers thought it was unlikely that that was enough to cause the change on its own, no matter how tiring life as a new mother can be.

But a shift in pitch isn't the only thing that can change after childbirth. Here are some of the other changes that can happen, besides, you know, having made human life.