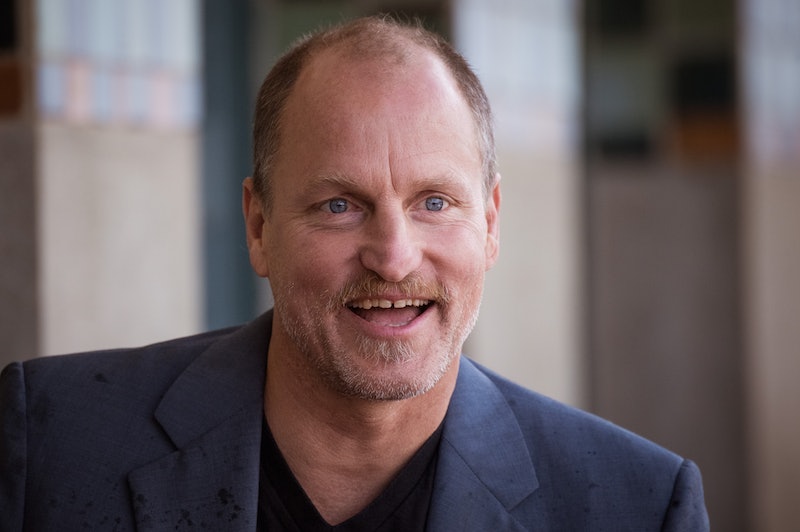 Given their rather glaringly divergent life paths, the revelation that actor Woody Harrelson and Mike Pence attended the same Presbyterian college at the same time is a surprising one. But during Harrelson's Tuesday appearance on Jimmy Kimmel Live!, there came another disclosure many might find equally stunning — Harrelson liked the vice president back then.

"I actually quite liked him. I thought he was a pretty good guy," Harrelson told Kimmel about his youthful impression of Pence. Harrelson noted that both of them were "very religious" at the time they attended Hanover College, a Presbyterian school in Hanover, Indiana.

In fact, Harrelson went to Hanover on a Presbyterian scholarship, as he had once considered becoming a minister. But as Harrelson said, he "kind of went a different way,"

Harrelson said Pence "was very, you know, religious, very committed" at the time they knew each other. He added, "Seeing as how I'm not quite in the ballpark now, I don't know how we'd get along." Harrelson described Pence now as "still quite religious. Just a whole different brand of religious."

While Harrelson clearly has some nice sentiments about Pence, the same cannot be said for the actor's opinion of the current POTUS. During an October appearance on Real Time with Bill Maher, Harrelson described a dinner with Trump in not-at-all glowing terms.

Harrelson had been invited to the dinner in 2002 by his friend Jesse Ventura — former wrestler and then-governor of Minnesota. Trump was courting Ventura as a potential running mate for a 2004 presidential run on the Democratic ticket. And according to what Harrelson told Maher, the dinner was "brutal." He described Trump as a "narcissist" and said he "had to walk out halfway through to smoke a joint" in order to survive the Trump encounter.

Harrelson has made his feelings about the current president known on other occasions. In July of 2016, The Washington Times reported he signed the #UnitedAgainstHate pledge to signal his opposition to Trump's candidacy. The pledge, which was published on MoveOn.org, said, "Donald Trump wants to take our country back to a time when fear excused violence, when greed fueled discrimination, and when the state wrote prejudice against marginalized communities into law." Harrelson, and the 100-plus celebrities who also signed the pledge, expressed their intention to speak out and work to prevent Trump from winning the presidency.

After Trump did win the election, Harrelson sounded off on the "antiquated, bullsh*t" electoral college system. As Mediate reports, in an interview with Vanity Fair conducted shortly after the Nov. election, Harrelson said, "I do feel, in a true democracy, if you win the popular vote, as did Al Gore back in 2000, you should be the president. We should kick this electoral college to the curb."

During his day job as an actor, Harrelson's also been in a number of politically-themed projects. He starred as President Lyndon B. Johnson in the 2016 film LBJ. He also appeared in Game Change, an HBO film about the 2008 presidential election. Harrelson had a major role in the 1997 film Wag the Dog, about a fabricated war imagined into existence in order to help distract Americans from a sex scandal involving the president.

Politics in reality, though, is not to Harrelson's liking. In a 2013 interview with Details magazine, Politico reports that Harrelson said "I tend to not like politicians, because it's a subtle form of prostitution. Or maybe not so subtle." After saying there wasn't much difference between Democrats and Republicans, Harrelson described himself as an "anarchist."

It appears the 2016 election may have changed Harrelson's mind — on politics in general, and perhaps Pence in particular.