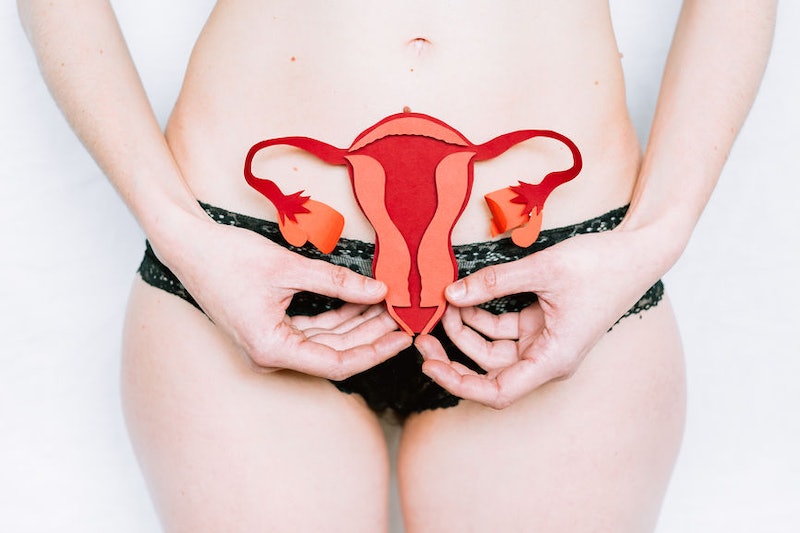 On Monday, the Faculty of Sexual and Reproductive Healthcare (FSRH) released updated guidance on combined hormonal contraception (also known as CHC); a contraceptive category which includes pills such as Microgynon, Rigevidon, and Marvelon along with patches and rings. The most striking sentence stated that there is "no health benefit" to taking a seven-day break when on the pill, astounding some people who had long stuck to such a regime. But why has it taken until now for this fact to reach the general public? After all, doctors appear to have known that you don't need to have a period on the pill for quite some time.

Let's get some facts straight before diving into this any further. CHC manufacturers often recommend that this form of contraceptive is taken for 21 days straight followed by a week-long break. During this break, people often experience bleeding which is regularly (but incorrectly) called a "period". The thing is this blood loss isn't your typical period. It's merely a product of hormone withdrawal because you have quit taking your contraception for a week.

From several social media posts, it's clear that some doctors have informed some that this break isn't a health requirement but rather a personal choice. But others have either found that out this week or previously taken it upon themselves to do their own research. "It's not entirely clear why [people] weren't given this information, though the modern-day pill is very different to its 60-year-old grandmother," says James O'Loan, a consultant pharmacist at online doctor service Doctor4U. "Hormone doses are lower, as are the risks the medication carries. The higher doses historically played a factor in that a break was seen to ease any side effects and the fact that the impact of these hormones on the body were unknown in the early days of the medicine."

The updated FSRH guidelines also state that monthly bleeds, cramps, and other unwanted symptoms can be "safely" avoided by continuously taking CHC. If someone "wants to avoid periods on combined hormonal contraception," they "can run the packets together," Dr Sarah Hardman, co-director of FSRH's Clinical Effectiveness Unit said in a statement. "We don’t need a regular monthly bleed to be healthy."

According to the organisation, taking a seven-day break from this type of contraception may even increase the risk of pregnancy; the thing that most people taking CHC want to avoid. As Susan Walker, senior lecturer in sexual health at Anglia Ruskin University, writes in The Conversation, this is because "the level of contraceptive hormones in the body is the factor in turning off ovulation, without which pregnancy cannot occur. It takes approximately seven daily doses of contraceptive pill to reach sufficient levels to turn the ovaries off. But the seven-day break allows these levels to fall again. If pill-taking is not resumed by the ninth day after stopping, ovulation will occur."

Seeing as it's incredibly easy to forget to take the pill anyway — let alone remembering to take it after a week-long pause — FSRH has therefore advised that a hormone-free interval, if taken at all, could be shortened to just four days to reduce this pregnancy risk.

The organisation stresses that, due to them not being part of the NHS or Department of Health, these guidelines aren't statutory and do not have to be used by doctors. And therein, I believe, lies the problem. FSRH confirmed to me that the pill break guideline has existed since 2012. The recent recommendations are stronger and clearer.

Yet, when I was prescribed Microgynon a few years back, I don't remember ever being told by my GP that the seven-day break was an option. ("It could be that current doctors didn't want to rock the boat as a break isn't harmful," says O'Loan.) I fully believed that I needed to have a period-like bleed every month for the health of my womb, no matter how much pain it put me in. When I did occasionally skip it, I felt momentary bliss immediately followed by worry.

The fact that GPs don't have to tell patients this information is, in my opinion, wrong. I am now on a progestogen-only pill that I take continuously so that monthly sense of panic is no more, but changing contraception or having to research recommendations at home shouldn't be the only two options available. With the issue of period poverty increasingly in the news, doctors and nurses should be providing people with any and all information and allowing each individual to make their own decisions about whether they want a period.

And now comes the part that you really won't believe. As The Overtake reports, the myth that those with uteruses need to bleed each month may have something to do with the Pope. In the 1950s, gynaecologist John Rock worked on developing the contraceptive pill. He was Catholic and wanted the Pope to approve the use of such an invention. In order to get the head of the Catholic church to agree, he suggested a seven-day break that would mimic the natural menstrual cycle by allowing a those with uteruses to bleed. Even though the Pope didn't welcome the pill, this week-long break remained. And still remains to this day.

Of course, there are other reasons why medical experts may have promoted a break, including making people feel more comfortable with the idea and reducing the number of hormones people put into their bodies. But the idea of religion dictating such a thing has rightly rankled a few people on social media.

"The amount of impact that religion has on many industries" has definitely changed over the years, notes O'Loan, adding that "the fact that religion was even considered during the process for vital medication is completely baffling," adding that important "evidence-based information" takes the lead.

For a doctor to suggest that you should continuously take a CHC means they would be suggesting an "off licence" method, Walker mentions in The Conversation. This means the prescriber "will bear legal responsibility for harm due to their use" and may be a factor in why some individuals choose not to relay the no-break information. Walker does add that some doctors are now advising people to take around three pill packets before having some form of break and that pills designed to be taken in an extended way are currently in development.

In 2012, Jezebel published an article entitled: A Brief History of Your Period, and Why You Don't Have to Have It. In the piece, a quote from a family planning doctor in Seattle stood out. To each new female patient, she asked: "How often do you want to have your period? Monthly? Every three months? Or not at all?"

The writer reported that some of the doctor's patients didn't know they had a choice. Seven years later, is it surprising that so little has changed?

If you have any questions or concerns about periods and/or contraception, visit your GP or a sexual health clinic. Remember that every person is different and what works for others may not work for you.

More like this
5 Ways To Stand In Solidarity With Women In America From The UK
By Sophie McEvoy
The UK Abortion Laws In 2022, Explained
By Sophie McEvoy
GIRLI & Q Fell In Love At A Skatepark & Never Looked Back
By Jessica Morgan
Side Character Energy Has Arrived — Here’s What That Means
By Sophie McEvoy
Get The Very Best Of Bustle/UK