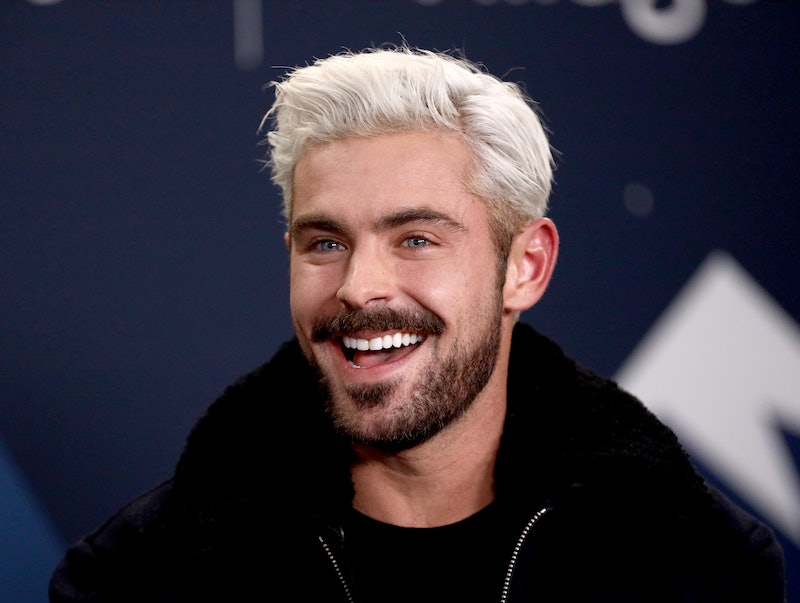 The Scooby gang has been assembled! As reported by Deadline, Zac Efron has joined the animated Scooby Doo movie as Fred. And it's the perfect role for the actor. After all, he perfected the art of playing soulful jocks during his High School Musical days, and what is Fred if not a kindhearted, mystery-solving popular guy? Seriously, Efron was born to play this role.

In addition to Efron, the cast also includes Amanda Seyfried as Daphne, Gina Rodriguez as Velma, and Will Forte as Shaggy. Veteran voice actor Frank Welker will return as the voice of Scooby Doo — a role he played in the 1969 Scooby-Doo, Where Are You! series, which you almost definitely grew up watching on Cartoon Network. While the Mystery Inc. crew is all accounted for, it sounds like there's more casting news to come for this still untitled movie.

According to Deadline, the film won't just be about Scooby and his friends. Instead, it will include characters from the larger Hanna-Barbera universe, who will be teaming up with the Mystery Inc. gang to save the world from the villainous Dick Dastardly. It's unclear how many other classic characters will be in the film, but Tracy Morgan is confirmed to play Captain Caveman. The 2020 movie sounds like nostalgia fuel for multiple generations, and the casting of modern and old school favorite actors alike could help the film draw in Scooby Doo fans of all ages.

Having Efron on board is definitely a draw unto itself. For '00s kids, the actor will always be the teenage heartthrob Troy from Disney's High School Musical franchise. But lately, he's been taking on roles that are the complete opposite of his most iconic character to date. In 2017, he made a splash in another musical — The Greatest Showman — but 2019 could end up being a career-defining year for the 31-year-old.

Earlier this year, his upcoming film Extremely Wicked, Shockingly Evil, and Vile created a stir at Sundance. In the movie, Efron plays Ted Bundy, and his performance is said to be chilling. The film was purchased by Netflix and is expected to hit the streaming site in the near future. Additionally, the actor will appear in the stoner dramedy The Beach Bum alongside Matthew McConaughey, Isla Fisher, and Snoop Dogg.

After watching him take on the ultra-serious (and scary) role of a serial killer, it's going to be a major switch to see him voice ultimate good guy Fred. But if anyone can pull off taking on such a wide range of characters in such a short span of time, it's Efron. After all, he's been proving he has major acting chops for years now.

Having Efron join Seyfried, Rodriguez, and Forte to round out the Mystery Inc. investigators feels like a major get for the upcoming movie. In fact, the cast is so good it's probably making you wish the movie was live-action. Each actor seems to be perfect for their iconic role, and it would no doubt be a blast to see them playing off each other on the big screen. But even though the movie is animated, it's shaping up to be one of 2020's must-see films thanks to its brilliant cast.