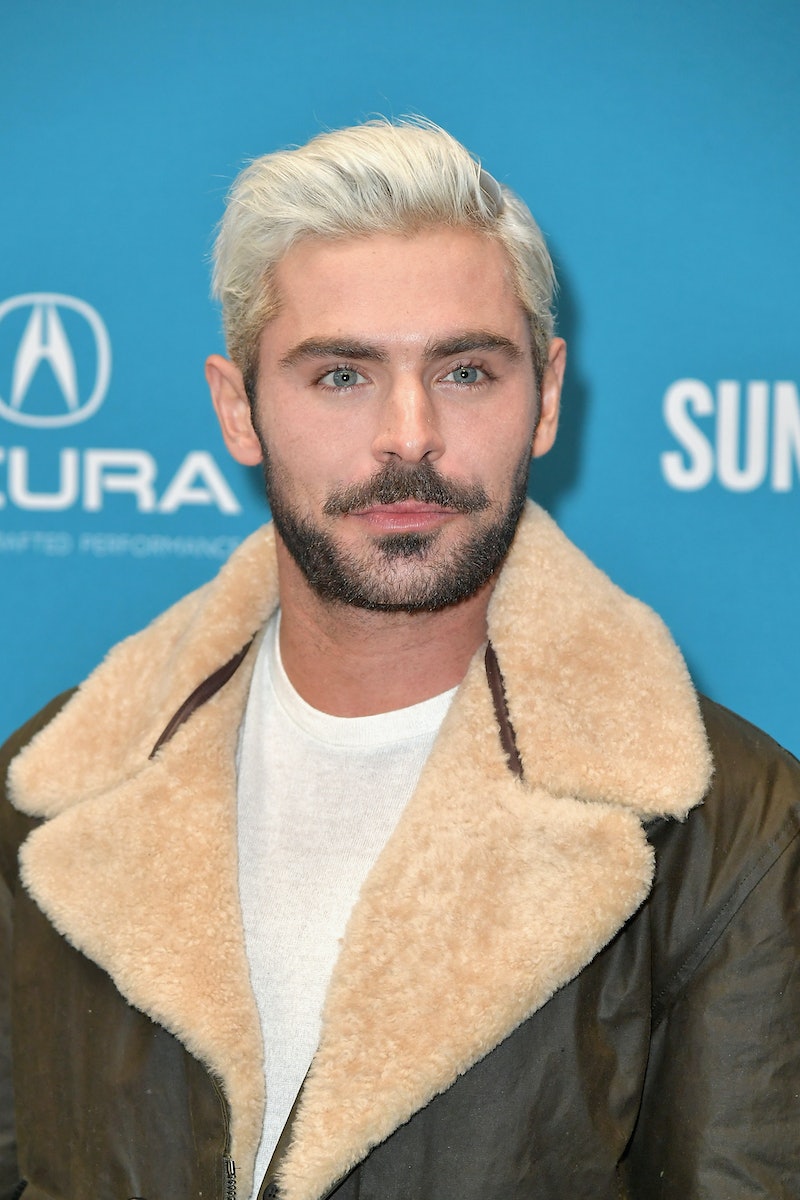 Has a world-renowned athlete won the gold medal — er, heart — of a certain platinum-coifed celebrity? Maybe. It seems like that might be the case, based on some sneaky selfies sparking dating rumors about Olympian Sarah Bro and Zac Efron, according to E! News. (Bustle reached out to reps for Bro and Efron for comment, but did not receive an immediate response.)

Now, just to be clear, neither Bro — who competed for Denmark in the women’s 4×100 meter freestyle relay event at the 2016 Summer Olympics — or Efron have confirmed or denied anything about their reported romance. They could just be friends. Heck, they might just be acquaintances that have found themselves in the same place at the same time — twice (that we know of) over the last couple weeks.

On March 1, both Bro and Efron posted photos from a Los Angeles Kings hockey game on Feb. 28 via Instagram. Bro's appeared to be taken in the Kings' locker room, and showcased a customized jersey she received from the team. "Thank you @lakings for making my first hockey game something very special," the swimmer captioned the pic. "I’m already a fan!"

The location of Efron's snap from the game — a selfie of him sporting a Kings hat —  is a little harder to pin down. You can't really see all that much in the background, which seems like it may have been intentionally blurred. "@lakings in overtime #freehockey," the actor wrote.

Now, Bro does, in fact, follow Efron on Instagram, but she hasn't "liked" his pic as of yet. Efron does not follow her and hasn't "liked" her pic either, but none of that really means anything one way or another. After all, Efron's a celebrity — he's probably well-aware of how seemingly innocuous social media behavior can perpetuate newsworthy headlines.

Here's the thing, though: Bro and Efron were apparently spotted at another sporting event together — the UFC 235 fight in Las Vegas — on March 1. This time, they were seated right next to each other, and "looked like they were having a great time," a source told E! News.

The outlet's "eyewitness" also claimed that they were "smiling and laughing in their seats," but weren't "overly publicly affectionate" and "weren't doing anything to attract any additional attention." Hmm, curious. But that still doesn't really prove anything.

Efron and Bro apparently "left the arena together after the fight" as well, E! News noted, but that's kind of what you do when something ends. You leave. And they were seated next to each other, so it makes sense that they'd be heading toward the same exit, right?

Honestly, who knows if there's anything going on between the two. The whole thing could just be one big coincidence. On the other hand, it's interesting that they both ended up at two different events in two different cities.

It'd be one thing if Efron and Bro — each of them very athletic humans in their own right — bumped into each other at sporting events around their shared hometown of Los Angeles. But they were first spotted in L.A. on Feb. 28, and then in Las Vegas on March 2, which is ... interesting, to say the least.

For now, fans will just have to wait and see if the rumors prove true. Or, you know, just keep following their social media accounts to see if you can find any other sneaky clues.