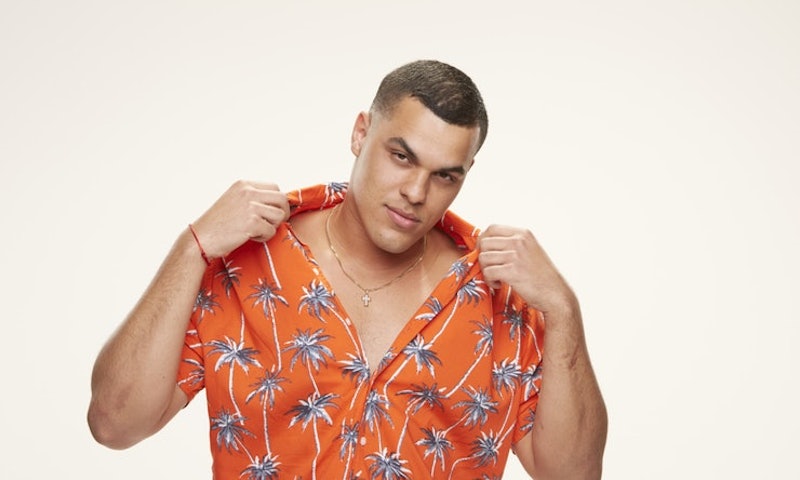 It wasn't cool when Cody and Jessica did it and it was even worse when Zingbot did it. On Wednesday's Big Brother 19, Zingbot made fun of Josh's weight as a "joke," and I'm not laughing. (CBS has not yet responded to Bustle's request for comment.)

Every season Zingbot comes into the house and lightly mocks the houseguests. But, this season he crossed the line not once but multiple times. He seemingly slut-shamed Alex (her punchline was bleeped it was so inappropriate), joked that Mark was "byesexual" (making fun of a sexual orientation is never OK), and also body shamed Josh. When it came to the latter, Zingbot said, "Josh, my heart goes out to you. You shed so many tears this summer. Too bad you cant shed any weight."

I'm not sure who thought this would be a funny joke (the houseguests, including Josh, did laugh in the moment), but fans on Twitter were not having it. After all, poor Josh was already body shamed by Jessica and Cody earlier this season — there was no need for Zingbot to pile onto that, especially as a "joke."

In 2017, I shouldn't have to keep explaining that attacking someone for their weight, or making fun or them for it (even in a joking way) is not OK. Weight is a sensitive topic for many people, and to exploit that in the name of being "funny," is grossly inappropriate. And, even if Josh took it all in stride, what about people watching? That kind of joke can also make a viewer feel bad about themselves. Is that really worth it for a couple of laughs? No.

Zingbot opened with a joke about Donald Trump and then sadly ended up sounding like him for most of the zings. Here's hoping that next year Zingbot gets funnier without getting mean.