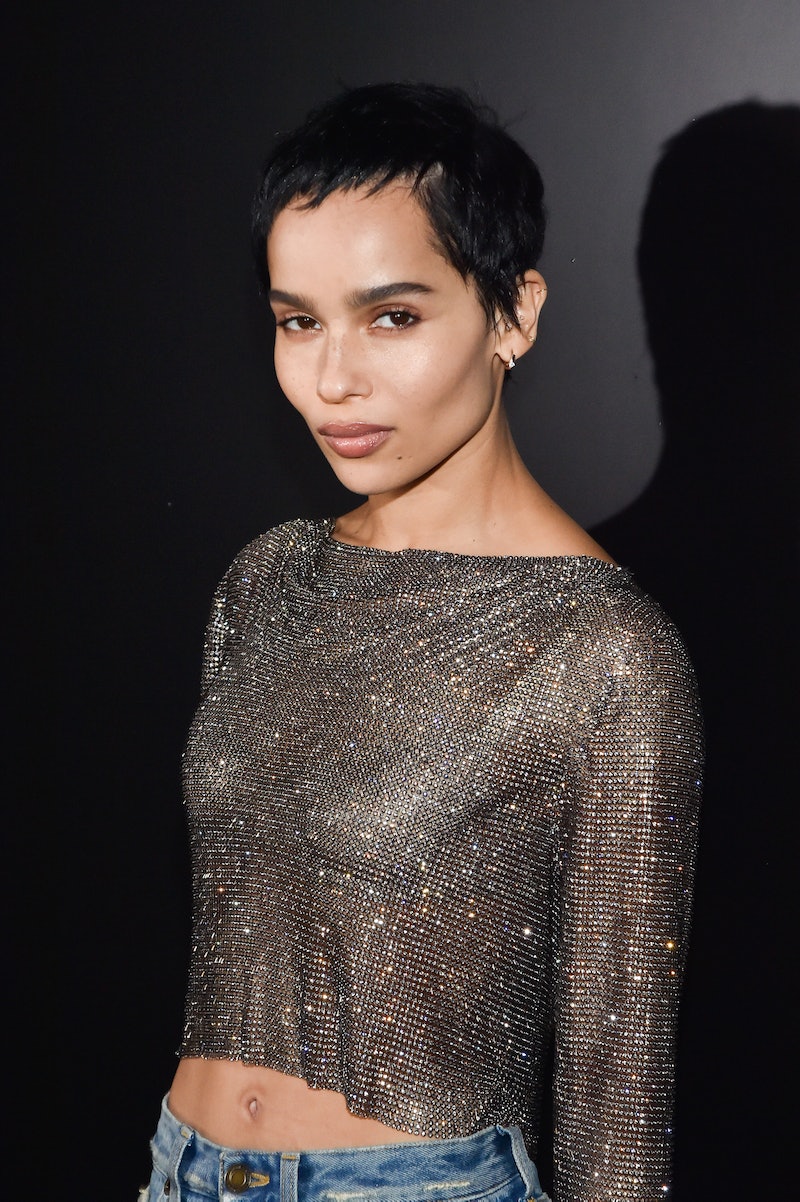 Zoë Kravitz has not decided if or when she'll have kids, and she'd prefer if you would stop asking her about it, thank you very much. In a recent interview, Zoë Kravitz revealed she gets offended when people assume she'll have kids with her husband Karl Glusman. And she doesn't appreciate getting asked about it in interviews.

Baby speculation has been following the star since she wed fellow actor Glusman in June 2019, and while speaking with Dax Shepard on his podcast Armchair Expert, she made it clear she's sick of the implication that she must have kids. "A lot of people ask the question, 'When are you gonna have a baby?' or say things like, 'When's the baby?'" she explained. "I really get offended by people assuming that's something that I have to do because society says so."

Kravitz opened up to the podcast host, saying that she doesn't know whether she even wants kids, so the question is especially frustrating. "I have a lot of female friends who have always known they've wanted kids, and part of me is jealous of women who just know," she explained, adding, "It's kind of like people who know what they want to do for a living and people who don't. It's a luxury to know what you want to do and to know where you're heading."

She's far from the only woman in the spotlight who feels that questions about starting a family should be off-limits. In 2015, on her former talk show with Tyra Banks, FABLife, Chrissy Teigen said asking celebrities about having kids was insensitive, especially for women who are struggling with fertility, as she and husband John Legend were at the time. "Anytime somebody asks me if I'm going to have kids, I'm like, 'One day, you're going to ask that to the wrong girl who's really struggling, and it's going to be really hurtful to them'," she explained. "So I hate it. Stop asking me!"

Regardless of whether or not she wants children, Kravitz made it clear that now is not the right time. "I'm certainly not in a place where I think I'm able to do that just 'cause of work, and also just, man, I don't know, I like my free time," she joked to Shepard. Honestly, who can blame her?

More like this
Twitter Is Identifying With Sally Field & Jane Fonda’s Friendship In New Viral Video
By Jake Viswanath
Pamela Anderson’s Dating & Marriage History Could Be Its Own TV Series
By Jake Viswanath
Meghan Trainor & Daryl Sabara Are Expecting Their Second Baby
By Jake Viswanath
Adam Levine & Behati Prinsloo Welcome Their Third Child Together
By Jake Viswanath
Get Even More From Bustle — Sign Up For The Newsletter
From hair trends to relationship advice, our daily newsletter has everything you need to sound like a person who’s on TikTok, even if you aren’t.