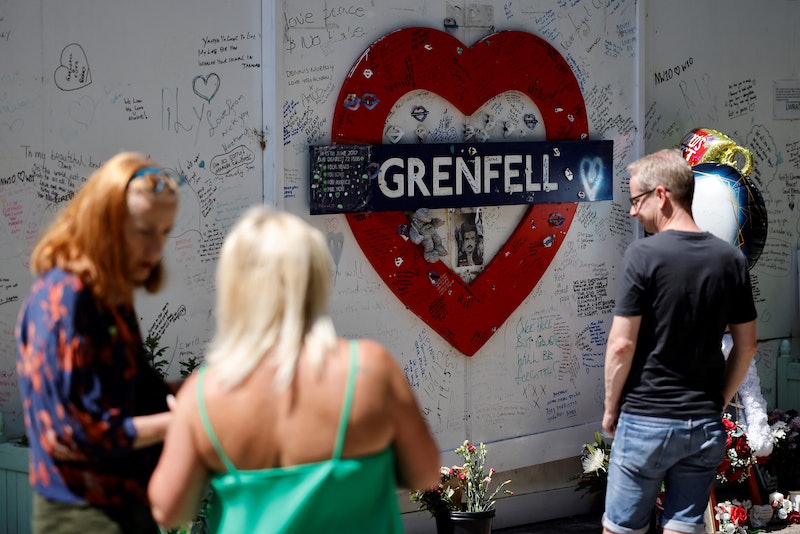 In a report published by the Sunday Times on Sep. 5, senior Whitehall sources have alleged that government ministers are “set to announce” the demolition of Grenfell Tower due to fears of it being a safety risk.

The government has said a final decision has yet to be made. However, survivors and the families of those who lost their lives in the fire have said they weren’t consulted on the alleged decision and have been left in “shock” by the news.

Grenfell United, who represent those affected by the 2017 disaster, has accused the government of trying to demolish the tower without asking for their input. “The government has engaged with fewer than 10 of the bereaved and survivors on this matter, to date,” a statement issued by the group reads. “With such a wide range of viewpoints across all affected families, we struggle to understand why this could be pushed so quickly.”

While many in the community “accept the removal of the tower will always be the case of when not if,” they say a “timeline needs to be decided by the bereaved, survivors and community, not the government – who have done nothing to make the changes needed to prevent it from happening again.”

Per BBC News, they say “no action should be taken until a decision is made on a lasting memorial.” The Grenfell Tower Memorial Commission, made up of two independent co-chairs, was established in 2018 to oversee the future of the site.

Nabil Chouciar, who lost six of his relatives in the fire, told Sky News he feels it’s important that the decision to demolish the building isn’t rushed or pursued without consulting the Grenfell community. Describing it as a “very sensitive, delicate matter”, Choucair said it’s “about our family members. Seventy-two people should never have lost their lives there.”

In response, a spokesperson for the Ministry of Housing, Community and Local Government said they had engaged “closely with the community” after “following independent safety advice from structural engineers” who have, according to the Sunday Times, “unambiguously and unanimously” advised that Grenfell should be demolished.

The government has said it wrote to the families on two occasions – May and July 2021 – to “outline how a decision would be made.” The families of Grenfell contest this.