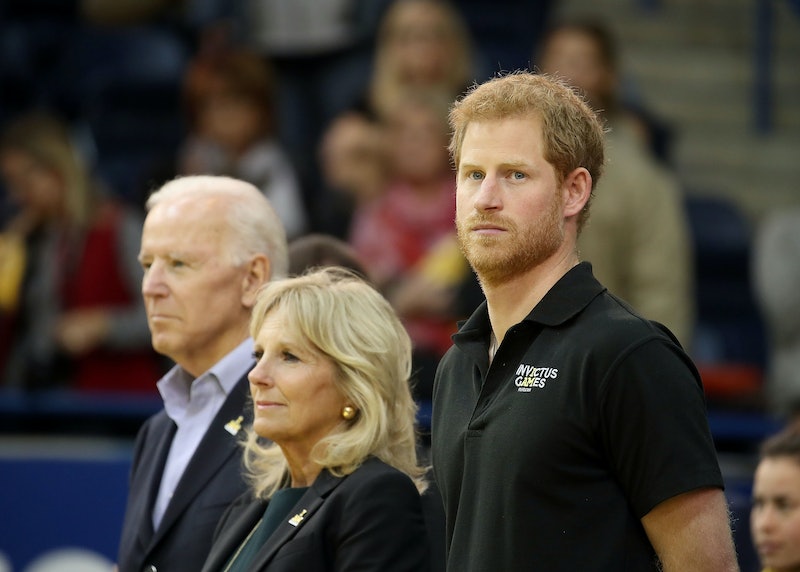 All eyes were on Washington DC this week, as Joe Biden was sworn in as the 46th President of the United States of America. The star-studded inauguration, which saw both Jennifer Lopez and Lady Gaga perform, was watched by more than 40 million viewers globally and royal fans were quick to spot the Duke of Sussex (well, kinda). Turns out, people spotted a photo of Prince Harry at Joe Biden's Inauguration.

The photo, which sees Harry dressed in full military uniform, was seen inside the building as President Biden was greeted by Bill and Hilary Clinton — it was very much a blink or you'll miss it moment.

"It took me a minute to find it, good catch! I wonder why it’s in the Capitol," someone tweeted in response.

Per The Mirror, the photo is from 2013 when the Duke of Sussex laid a wreath at the tomb of the unknown soldier at Arlington National Cemetery, Arlington, Virginia, during a royal visit.

While Prince Harry and Meghan Markle did not attend the inauguration in Washington, royal fans will know that Prince Harry is very good friends with President Biden and First Lady Dr. Jill Biden.

They became pals in 2013 during Prince Harry's royal tour when Biden was still Vice President and Jill Biden even attended Prince Harry's Invictus Games in London in 2014.