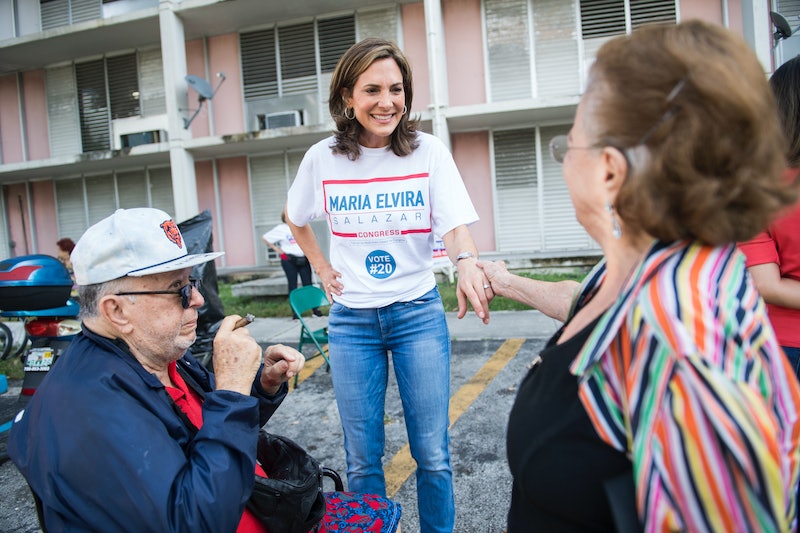 After the 2018 midterm elections, Democratic and feminist circles celebrated the “year of the woman,” in which 89 Democratic women were elected into the U.S. House of Representatives, surpassing the previous all-time high of 63. In the past week, a similar sentiment has bubbled up across the internet, but for Republican women. At least 15 newly elected women will serve as GOP representatives, joining the party’s 11 returning incumbents — thus, more than doubling their numbers and beating a 2004 record of 25, according to USA Today. If all of the outstanding races fall in their favor, the GOP could add an additional 4 women to their roster.

Representation is important, but with that being said, the Republican party still has a long way to go. On the Democratic side, at least 87 women will serve in the House next year, more than tripling the Republican's 26.

The GOP wins, albeit small, have been a work in progress. Last year, the National Republican Congressional Committee announced a goal to close the gender gap in their party, an initiative supported by House Minority Leader Kevin McCarthy and House Minority Whip Steve Scalise. “Even though we had been recruiting and helping women candidates, we realized we did need to shift some strategy and do far more,” retiring Rep. Susan Brooks of Indiana told POLITICO. In response, a record 94 Republican women won their primaries during the 2020 cycle, breaking the 2004 record of 53.

The GOP general-election wins come across the country, from Kat Cammack and Maria Elvira Salazar in Florida, to Ashley Hinson in Iowa. On Nov. 10, The New York Times projected that Republican Michelle Steel will win her race for California’s 48th District, which will make her the first Korean American woman in Congress alongside newly elected Marilyn Strickland in Washington state. (They could be joined by Republican Young Kim, whose California race has yet to be called.) “These are important gains. They need to be celebrated; they need to be acknowledged,” Debbie Walsh, the director of the Center for American Women and Politics at Rutgers University told The New York Times. “But women are still very underrepresented on the Republican side.”