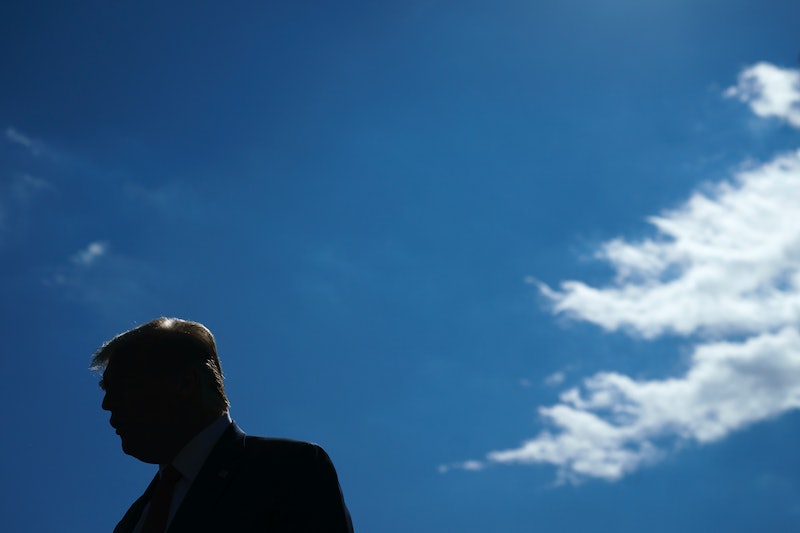 Before Amy Coney Barrett was nominated to the U.S. Supreme Court, she joined two future justices on the 2000 Bush v. Gore case. She, along with Justices John Roberts and Brett Kavanaugh, aided the Republican legal team, which had been assembled en masse to litigate the recount in Florida. This year, voters and lawyers are looking again to 2000, as Trump has said he expects the 2020 election to be resolved in court. But what would a legal showdown look like in real life?

As a quick refresher, in Bush v. Gore, former Vice President Al Gore asked the Florida State Supreme Court to have ballots recounted. He won. But then the U.S. Supreme Court ruled that the congressional deadlines for states to choose electors had already passed, effectively nullifying the Florida court’s decision. Shortly after, Gore conceded the election. Lawyers are likely eyeing that deadline again, which was established by the Electoral Count Act of 1887. The act, seen as a "safe harbor" deadline, requires states’ representatives to the Electoral College (and their assumed choice for president) to be appointed 41 days after the election.

This year, that date is Dec. 14. So states have about five weeks to resolve any challenges to the election results. If they take longer, it’s possible that Congress wouldn’t recognize new results.

Unlike in 2000, 39% of eligible voters plan to vote by mail this year. Since mail ballots take longer to count, states could push up against that time frame if disputes arise. In Michigan, for example, election officials estimate that they won’t count all ballots until at least Friday, Nov. 6 — and possibly later.

Ultimately, lawyers working on behalf of both Republicans and Democrats will be eyeing the calendar and mail-in discrepancies, ready to take issues to court. According to the New Yorker, analysts expect a “blue shift” as mail-in ballots are counted, meaning that early projections could inaccurately favor Republicans, but as mail-in votes are counted, those tallies could shift toward Democratic candidates. During the 2018 Florida governor race, Trump urged election officials to use the tallies from just Election Day, as they favored Republican Ron DeSantis. He could try this tactic again.

Both Trump and Vice President Mike Pence have refused to agree to a peaceful transition of power, should they lose. During a Sept. 24 speech in Washington D.C., Senator Bernie Sanders said that Trump is “sowing the seeds of chaos, confusion and conspiracy theories by casting doubt on the integrity of this election and, if he loses, justifying why he should remain in office.”

“This is more about spinning a loss than trying to maintain power,” Republican strategist Alex Conan told the Los Angeles Times. “But comments like this will not help [Trump] win the election. It’s motivating to Democrats and a turnoff to suburban swing voters who just don’t like the chaos of Trump’s presidency. If this election is about Trump refusing to leave office if he loses, Republicans are going to get crushed.”

Ultimately, only four presidential elections have ever been contested. But based on the lawyering-up of both Republican and Democratic teams, they appear poised to make this year the fifth.