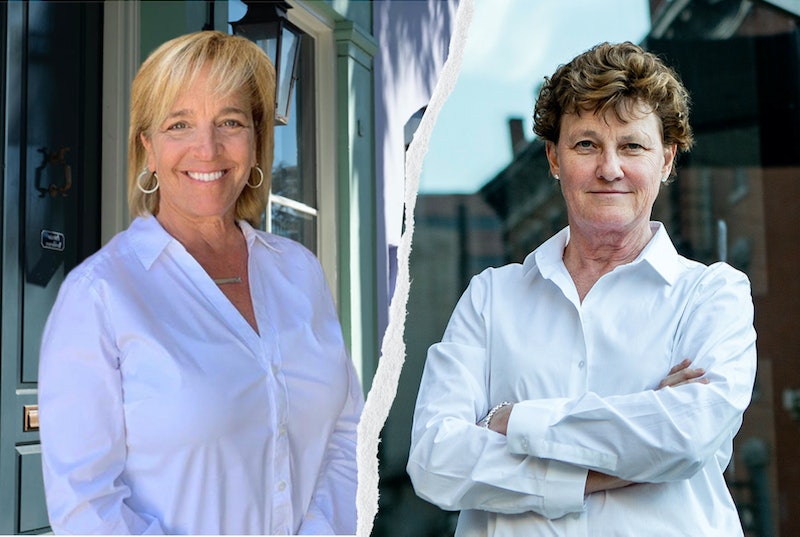 In Charleston County, S.C., Graziano beat incumbent sheriff Al Cannon, who's held the role for 32 years, with 51.6% of the vote. Graziano, a Democrat, is a career law enforcement officer, who started as a rookie police officer in Virginia 32 years ago. She joined the Charleston County Sheriff’s Department in 2002. In her campaign, Graziano prioritized a progressive platform, including plans to audit the department to investigate its policing practices, and to sever the department’s 287(g) with Immigration and Customs Enforcement. (The agreement allows ICE to deputize the department for federal immigration enforcement.) Her website says that, as sheriff, she hopes to “heal broken trust with the immigrant community.” She will be South Carolina's first woman sheriff and the state's first openly LGBTQ+ sheriff.

Like Graziano, McGuffey spent over three decades rising through the ranks in her county’s sheriff’s department, where she eventually became the highest ranking woman. She earned 52% of the vote in Hamilton County, Ohio. Her progressive platform includes training staff to address implicit bias, shifting focus to de-escalation and crisis intervention, and increasing accountability in use-of-force cases. She will be Ohio's first openly gay woman as sheriff.

In 2017, McGuffey was demoted by the department after claims that she created a hostile work environment. She subsequently left, saying she was targeted with unfair scrutiny because of her gender and sexual orientation. McGuffey filed a discrimination suit against the department shortly after, which is still pending. "My role is to be an example of what you can accomplish as an LGBT person because there's a lot of discrimination out there," she told a local news station, WVXU, in October.

Sheriff departments serve as county and local law enforcement. Unlike police chiefs, which are hired by a municipality, sheriffs are elected by voters. While the role varies from state to state, most sheriff departments oversee issues like managing jails, pre-trial detention, and criminal investigations. They’re also often tapped to help maintain order during high-profile events or unrest, like during the Black Lives Matter protests.

More like this
Watch Jacinda Arden’s Devastatingly Honest Resignation Speech
By Sam Ramsden
Jessica Simpson On The Time She Was Pursued By A Backstreet Boy & An *NSYNC Member
By The Editors
At 28, Rosie Perez Risked Her Career To Stop Playing Stereotypes
By Gabrielle Bondi
"Lavender Haze" Star Laith Ashley Breaks Down Filming With Taylor Swift
By Jake Viswanath
Get Even More From Bustle — Sign Up For The Newsletter
From hair trends to relationship advice, our daily newsletter has everything you need to sound like a person who’s on TikTok, even if you aren’t.