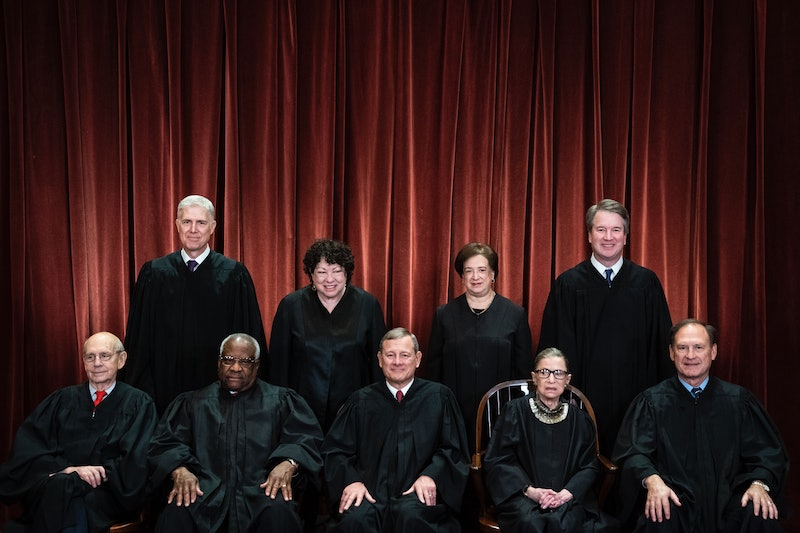 On Friday, Sept. 18, Justice Ruth Bader Ginsburg passed away. She was 87 years old, and had served on the Supreme Court of the United States for 27 years. To fill a SCOTUS vacancy, Article II of the Constitution dictates that a president “shall appoint” a nominee, which is typically followed by debate within the Senate Judiciary Committee, and after, by the full body. The chamber requires a majority vote to confirm a nominee.

Earlier this month, President Trump announced a list of possible nominees for the Supreme Court of the United States. Senate Majority Leader Mitch McConnell, who in 2016 refused to consider President Barack Obama’s nominee ahead of the election, said on Friday night that he would hold a vote on Justice Ginsburg’s replacement.

In total, Trump has now floated 46 names since his presidential run. This month's list is Trump’s fourth, and second since taking office. His new list, like previous ones, skews white, male, and young. Only seven people are over the age of 50. Since a spot on the SCOTUS is a lifetime appointment, that would ensure his nominee a place for decades.

He’s so far successfully nominated two judges to the Supreme Court: Justices Neil Gorsuch and Brett Kavanaugh. Gorsuch was included on Trump’s second list, from September 2016; Kavanaugh was included on his third list, from November 2017. If Trump follows his own precedent, his next appointment would likely come from this month’s list.

Of 20 people total, the new list includes six women, eight judges from the federal court of appeals, a few Washington insiders, who have never served as judges, and three sitting senators. (One senator, Missouri’s Josh Hawley, removed himself from consideration shortly after the announcement.)