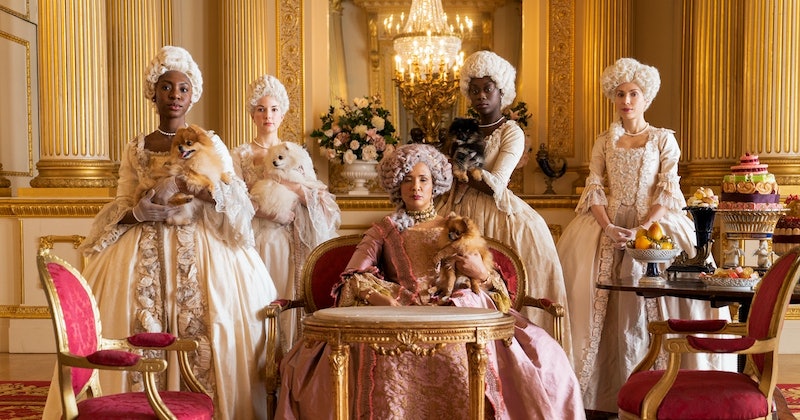 By now, we all know about the Bridgerton effect. As one of the most popular TV shows in 2021 so far and on Netflix ever, Bridgerton brought us relatable characters, compelling storylines and well, the Duke. But as well as our TV viewing habits, the television favourite has influenced our lives in more ways than we perhaps realise, with Bridgerton clothing, beauty, and now homeware taking Britain by storm. These Bridgerton-inspired interior accessories and furniture are great examples of the "regency-core" trend that's set to be huge this year.

In fact, Etsy has seen an increase in searches for "regency-core," according to Stylist, with things like tea sets and candelabras flying off the virtual shelves. The Bridgerton aesthetic has impressed so much, in fact, that even Architectural Digest (the gold standard of interiors publications) has dedicated an entire feature to the show's set design.

AD spoke to British production designer Will Hughes-Jones, who was responsible the impressive interiors (along with set decorator Gina Cromwell). Hughes-Jones reveals that he was heavily inspired by Sofia Coppola's Marie Antoinette (one of the coolest films of all time, if you ask me). “I... studied that film quite religiously as there is so much synergy between the sets and the costumes,” he explained.

Luckily, the British high street is happy to oblige for us average folk looking to Bridgerton-up our space. Whether it's bust candles, decadent antique mirrors or flouncy bedding, there are plenty of homeware accessories to get the look.