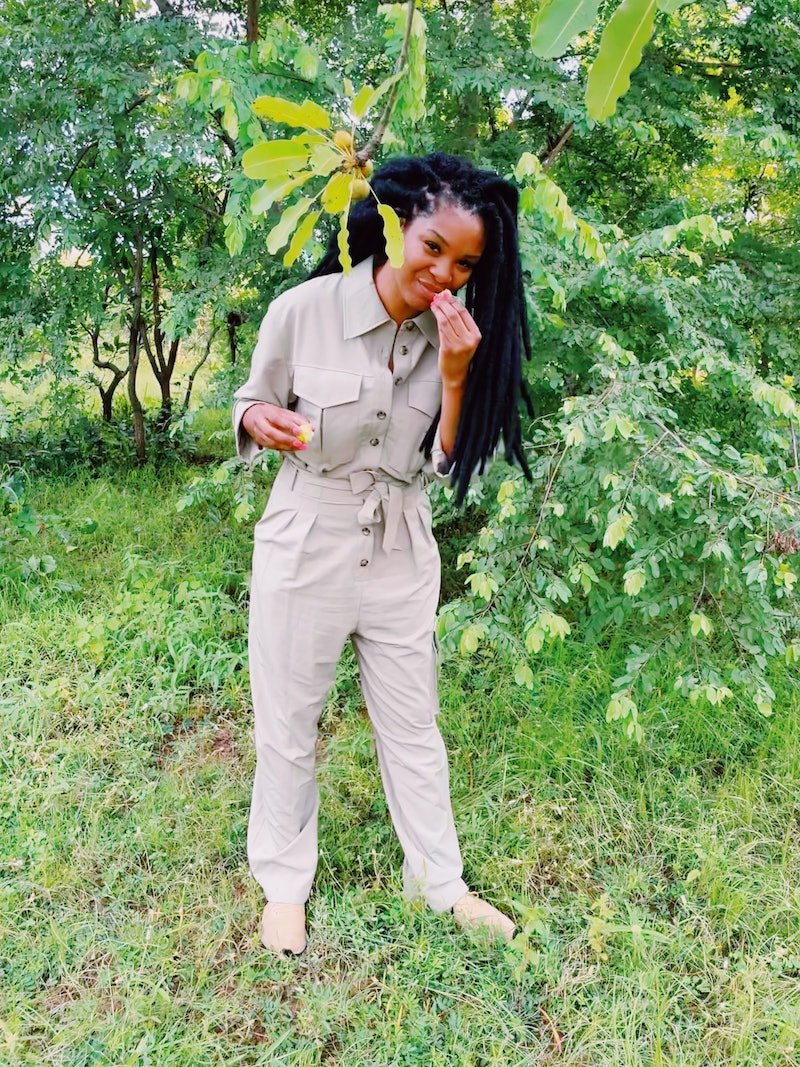 African beauty is rich with beautiful traditions that unite and celebrate its practitioners — and finally, more of those traditions and practices are making their way onto shelves in the United States. Part of that burgeoning representation is 54 Thrones, a skin care brand with soaps, oils, body butters, and more that are inspired by — and whose ingredients are directly sourced from — the continent.

The heart and soul at the center of 54 Thrones is founder Christina Funke Tegbe, who has a love for Africa that runs deep — far beyond her own Nigerian heritage. Born and raised in Austin, Texas, Tegbe grew up exposed to West African beauty customs that helped keep her family members connected while worlds away from each other. As a child, her aunt would frequently send her family shea butter from Nigeria. That stopped as the years went on, but when Tegbe’s mother was diagnosed with breast cancer in 2015, her aunt once again started sending shea butter for her mother’s scar.

At the time of her mother’s diagnosis, Tegbe was burnt-out and working as a management consultant. She was already considering a major life change and the shea butter sparked memories of her childhood. “I felt like I needed to go and learn about my heritage. I needed to be around my family,” Tegbe tells Bustle. With that, the 36-year-old entrepreneur quit her job and took off on what would become the first of many trips to Nigeria, Ghana, and Morocco. There, Tegbe fell in love with the intricate production process of shea butter and coconut oil. “I was this young soul who was interested in what they were doing. And from there, it grew.”

Today, 54 Thrones has taken Tegbe all over the continent. She’s developed a close relationship with Ghanian cooperatives, and makes it a point to buy shea butter directly from them. “I didn't want to just order from the middle person. I wanted to make sure that they were getting livable rates for what they were selling, because I had witnessed all the hard work that it takes to make this stuff.”

In preparation for 54 Thrones’ Sephora debut on Sept. 28, Tegbe and her team traveled to Ghana to snap content for their #LoveLettertoAfrica campaign. Below, a behind-the-scenes look at her breathtaking journey.