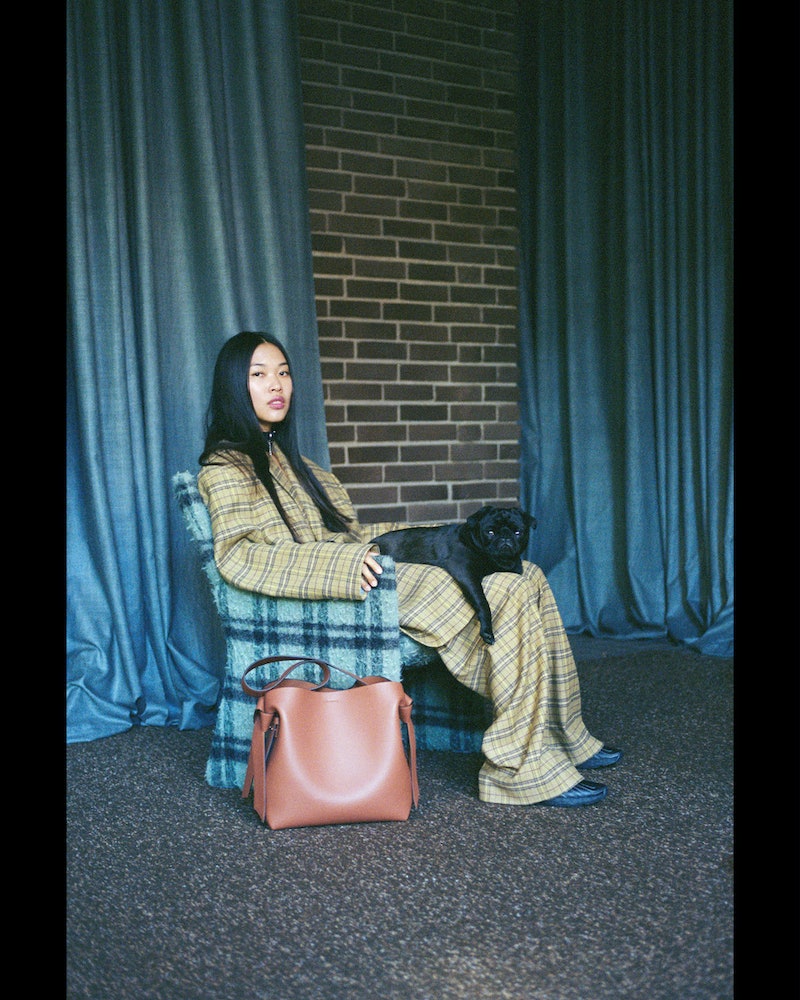 Acne Studios released its Fall 2020 campaign and it looks a bit different than what shoppers might be used to. Instead of high-fashion models plucked from the runway, the featured subjects are Acne team members. Sitting in a dark, sparsely decorated apartment space, the in-house models show off the perfect Autumn prints like plaid and houndstooth. But the star of the show isn’t the clothing at all. It's the dogs that take center stage, as each Acne Studio team member included their own pets in the photo shoot.

Though the puppies are not wearing Acne Studios apparel themselves, the campaign does come alongside the release of a puppy-inspired capsule collection, full of midi skirts, button-down blouses, and more — all rendered in a canine print.

The capsule was created by British artist Lydia Blakely and screen printed on everything from cotton to denim and silk. In the market for a dachshund denim mini skirt? Or, perhaps a basset hound on a polo? For all that and more, Acne has you covered.

Ahead, find some selections from the ad campaign, shot by Swedish photographer Anders Edström. And shop the capsule collection, aptly named “Checks and Dogs,” on Acne Studios now.