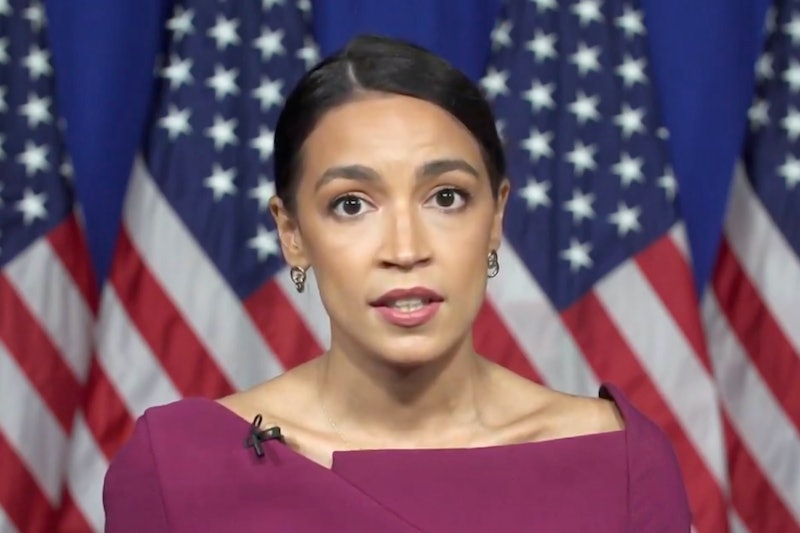 The Democratic National Convention continued for a second night on Aug. 19. Congresswoman Alexandria Ocasio-Cortez was one of the speakers. In her short appearance, Ocasio-Cortez provided a second for the motion to nominate senator Bernie Sanders for the presidency. The move was only procedural, as she later clarified on Twitter, but it wasn't the only thing she cleared up. She also gave beauty fans the answer to their big question: what lipstick she was wearing.

During her appearance, the congresswoman chose a mauve-toned, dusty rose that paired perfectly with her dress and neutral but defined eye. When a Twitter user asked her "girl-to-girl" what the shade and brand was, Ocasio-Cortez responded, "I got you," revealing that the product was Tarte's Lippie Lingerie Matte Tint in the shade Envy. The shade is available to shop on the Tarte website and retails for $24.

The response isn't the first time that Ocasio-Cortez has given followers the details on her beauty routine. Back in 2018, prior to her election, she revealed her signature red lip color is Stila's Stay All Day Liquid Lipstick in Beso. In January of last year, the congresswoman detailed her skincare routine on Instagram for her curious followers.