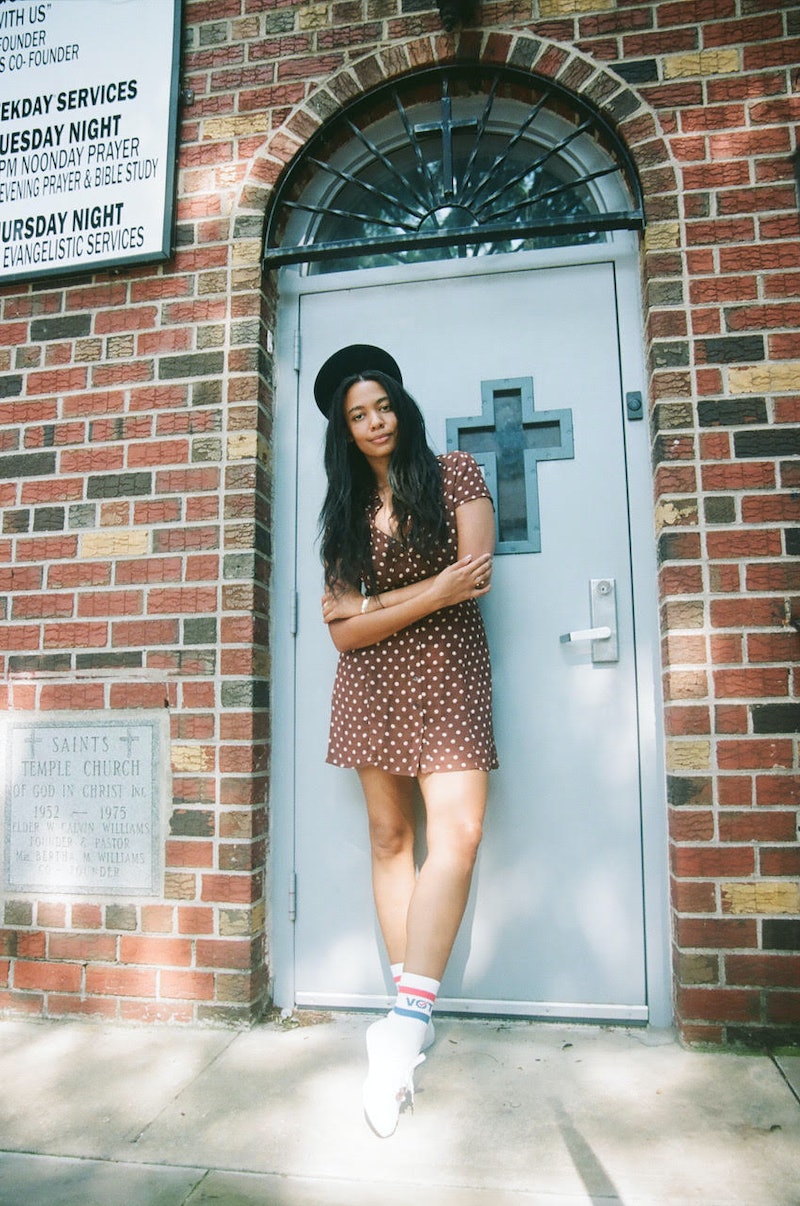 The founder of Brother Vellies, a line of handcrafted accessories from African countries like Kenya and Ethiopia, launched the 15 Percent Pledge earlier this year. The program was created in response to brands engaging in performative activism amid the nationwide protests for racial justice. Instead of posting empty black squares on Instagram, the pledge calls on retailers to dedicate 15 percent of their shelf space to Black-owned businesses. It’s gained a lot of traction: Sephora, West Elm, and Rent the Runway are just a few of the household names that have committed to the pledge so far.

“Following the tragic killing of George Floyd, I saw a lot of brands and retailers from across industries posting messages of solidarity with a vow to make change, but there seemed to be a lack of accountability for the systemic issues at play,” James tells Bustle. “This was also the time when small businesses, particularly Black-owned businesses, were suffering due to the pandemic. Statistics are showing that Black-owned businesses are hurting more than any other racial group — at least 40 percent of Black businesses will not survive.”

During this racial reckoning, people asked James what they could do to make a difference and show their support. As an entrepreneur herself, she seized the moment to spark actionable change by creating the pledge.

“Supporting and committing to the 15 Percent Pledge is one way people can help create long-term change,” James shares. “By urging major retailers to commit 15 percent of their shelf space to Black-owned businesses, we can effectively put billions of dollars back into Black communities. The positive support from the community has been overwhelming. It keeps me motivated, but this is a tough fight.”

In addition to the 15 Percent Pledge, James recently put on her designer hat for the Joe Biden/Kamala Harris presidential campaign, creating a special piece of merchandise for the “Believe in Better” collection. Other designers tapped to contribute include Jason Wu, Carly Cushnie, Victor Glemaud, Prabal Gurung, and Gabriela Hearst.

James turned to vintage campaign merchandise to inspire her piece of merch: a brown pullover crewneck with the slogans “We make the difference” and “Black women for Biden/Harris 2020” printed on the front.

“The design was inspired by campaign merch from the '60s, '70s, and '80s, Shirley Chisholm’s and Jesse Jackson’s campaigns specifically,” she reveals. “It was important to highlight the impact Black women can have on this election."

As if her plate isn't already full enough, James has another major project in the works: covering Vogue. The magazine featured two portraits by contemporary artists for its vaunted September issue — one of James by Jordan Casteel, and another of a fictional subject, wearing a dress by Off-White, by Kerry James Marshall.

“This cover of Vogue symbolizes my own American dream,” James says. “To get on the cover of a magazine not for how you look, or how you perform, but for what you believe in and how hard you’re willing to fight for it. I’m grateful that’s what landed me there. I’m humbled that people are willing to fight for my dreams alongside me. We just must keep pushing in our ways, every day.”

More like this
Google Wants You To Shop Black-Owned The Friday After Thanksgiving
By Dominique Norman
4 Chic Outfits To Wear With Loafers, According To A Fashion Editor
By Bella Gerard
Cyber Monday Deals 2022: The Best Fashion Sales To Shop
By Dominique Norman
Nordstrom Is Offering Up To 70% Off For Their 2022 Black Friday Sale
By Dominique Norman
Get Even More From Bustle — Sign Up For The Newsletter