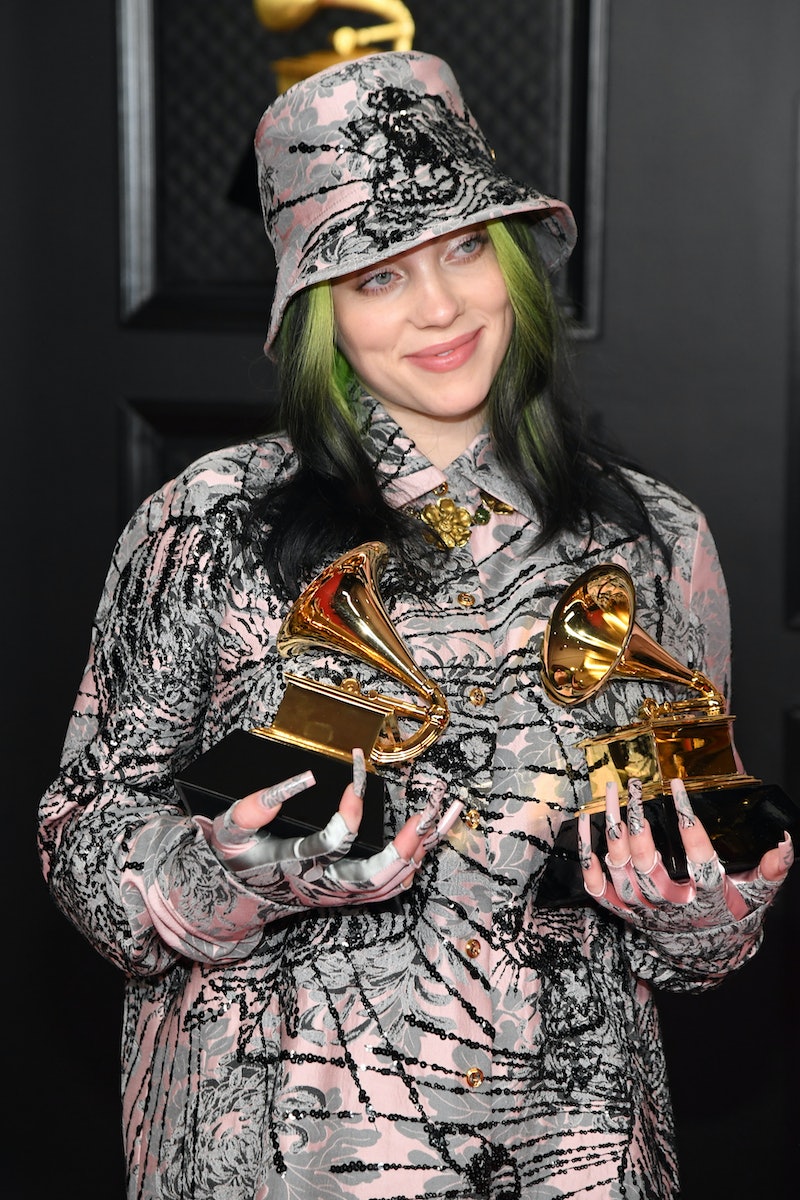 As you can see from the singer’s Instagram post of the spread, the tattoo runs high on her thigh and leads up all the way to her stomach, but is partially covered by a custom Burberry corset. She has yet to comment on what the tattoo is (or what its significance might be) and only captioned the photo with an upside-down smiley emoji.

Eilish first revealed she got a tattoo in Vanity Fair’s time capsule video series. When looking back at herself in 2019 saying that she wants to get a tattoo, the now 19-year-old commented that her wish actually come true. “I did get a tattoo,” she said in the video. “But you won’t ever see it.” Luckily for fans, that’s turned out not to be the case.

In the interview, she dives into the infamous black and green wig (“I’m not putting on that f*cking wig one more time,” she tells the magazine) and how her newly dyed blonde hair makes her feel “more like a woman.” She also gets into the complexities of what being confident in your skin means in a culture that likes to put women down.

As Eilish gears up to release her second album on July 30, there are two things to look forward to: new music and more deets on that ink.