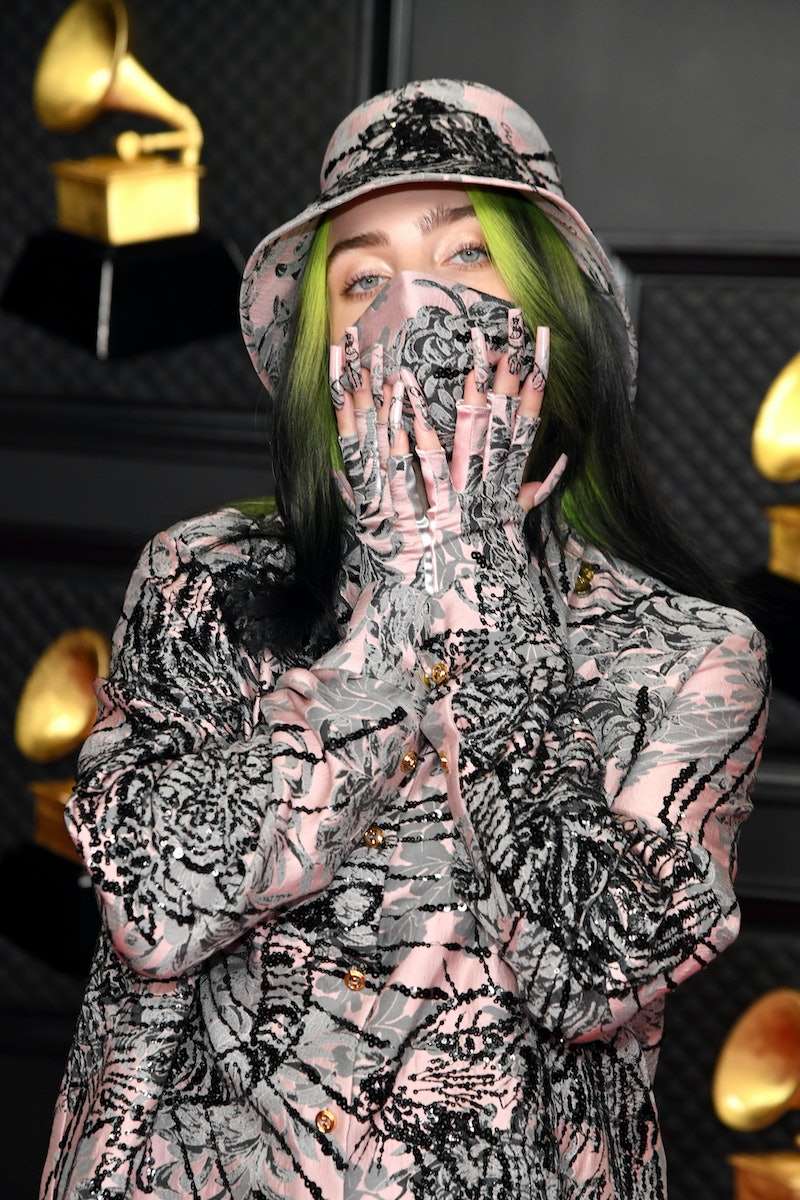 Just a few days after appearing on the Grammys red carpet with her signature lime green roots, Billie Eilish is now blonde. The “I Think Therefore I Am” singer debuted her much lighter ‘do on Instagram, and to say it’s major would be an understatement.

Eilish began teasing a new hair color on her Instagram stories March 16, and she even asked fans what color they thought she’d choose. Given her long history of colorful looks, the sky was the limit (remember her teal blue phase?). But on March 17, the world got its answer when the Grammy winner posted a snap of herself to her Instagram stories with newly blonde locks before uploading another to her feed. In her IG story, the singer wrote, “Bye Green,” and her post caption says “Pinch me,” which could be a reference to the fact that she went blonde on St. Patrick’s Day, getting rid of her un-pinchable green hue.

But it’s not just Eilish’s blonde that’s new (though, let’s be honest, it’s the first thing you notice). The star has gotten a fun chop, too: Her previous long, face-framing layers are now shaggy curtain bangs that fall just over her brows — which she left dark — and blend into a cool, punk rock-style shag. So not only is she rocking a head-turning, almost icy-blonde ‘do, but Eilish’s shag proves celebrity hairstylists were spot-on when they told Bustle the cut would be major this spring. Anyone else booking an appointment at their salon rn?