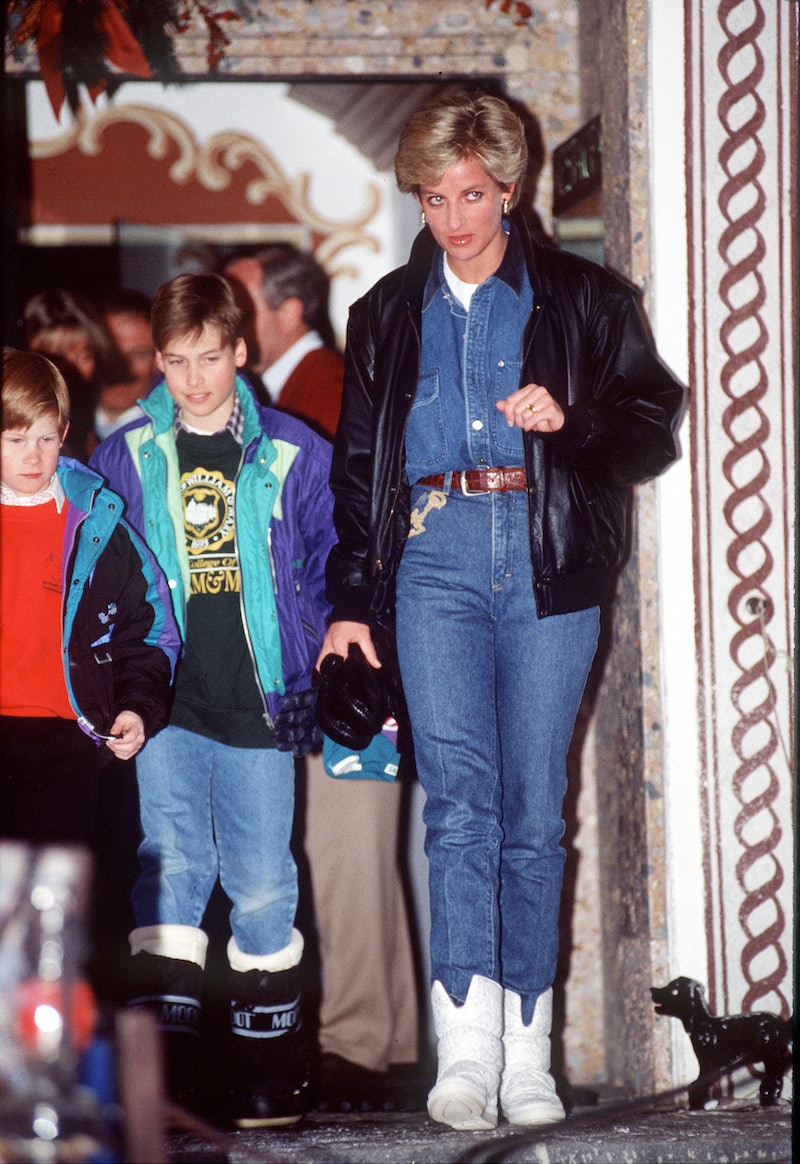 There’s no denying that ’90s fashion is having its moment in the style spotlight, with trends from the era taking center stage on the runways and blogs alike. One ’90s trend that was once considered, well, less than fashionable (or downright ugly, if we’re being honest) has come back in full force in the ’20s. That’s right, we’re talking about the Canadian tuxedo. Not sure what that means, or what it even looks like? We’re breaking down the complete history of this once controversial look below.

Put simply: Think of a Canadian tux as any denim-on-denim look. Denim shirt and jeans? That’s a Canadian tux. Denim dress and matching boots? That’s also a (slightly fancier) Canadian tux. Basically, if you’re wearing what feels like maybe a little too much denim at the same time, odds are you’re rocking a Canadian tux.

Legend has it that back in 1951, singer Bing Crosby wasn’t permitted to check into a high-end hotel in Vancouver because he was wearing — you guessed it — a denim-on-denim outfit. Word traveled fast, and in no time at all, denim giant Levi’s designed him a custom tuxedo that was made entirely out of denim. Just like that, a cultural icon was born!

Which Celebrities Have Worn Canadian Tuxedos?

Bing Crosby may have pioneered the ~lewk~ we’ve all come to love/hate, but he wasn’t the last famous face to step out in a head-to-toe denim ’fit. Princess Diana was a fan of the Canadian tuxedo back in the ’90s, and was even spotted wearing one with white boots, a brown belt, and a black leather jacket. It was an undeniable fashion moment. And of course, who can forget when Britney Spears and Justin Timberlake arrived on the red carpet at the 2001 American Music Awards wearing coordinating denim ensembles? More recently, the Hadid sisters, as well as new it-couple Kanye West and Julia Fox have been spotted in the trend, too.

To try the Canadian tux trend for yourself, check out our expert curation of denim pieces below. Whether you want to wear ’em together or separately, they each offer a little something special for your wardrobe.

More like this
Kate Had A Solution When Tom Cruise Broke This Royal Rule At The 'Top Gun' Premiere
By Frances Stewart
Anne Hathaway Is Giving Major Princess Mia Vibes On The Cannes Red Carpet
By Sam Ramsden
14 Spicy Bralette Outfits For Vaxed Girl Summer, Round 2
By Avery Matera
10 Times Diana & Meghan Spoke Similarly On The Royal Family
By Sophie McEvoy
Get Even More From Bustle — Sign Up For The Newsletter