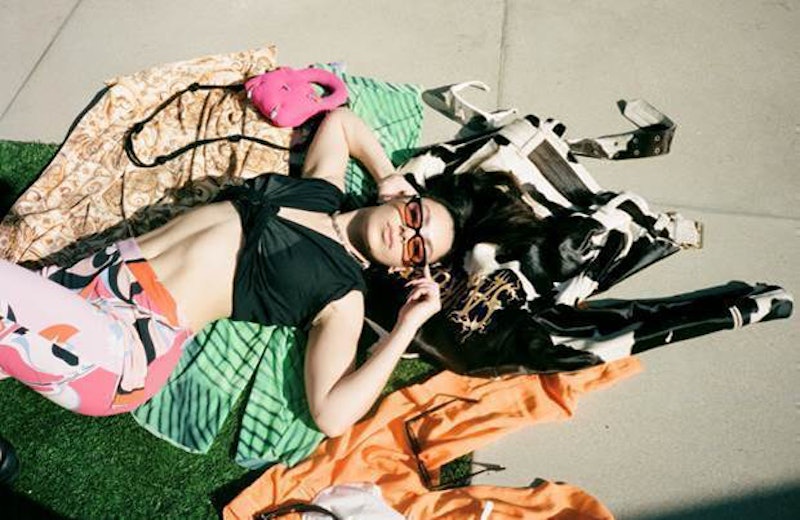 Charli XCX isn’t just a versatile pop girl – it turns out that the futuristic artist, who released her fifth album “Crash” back in March, is also a huge fan of rifling through charity shops and vintage store racks. Perhaps inspired by Marie Kondo, it now seems that Charli XCX is having a bit of a spring clean when it comes to her wardrobe, and fans of the star’s eclectic style can now cop some of her original pieces.

Where Can You Buy Charli XCX’s Depop Collab?

Unsurprisingly, all of the pieces are up for grabs on the fashion marketplace app Depop, with the first drop of clothes already near-sold out. If you’re based outside of the US, Charli’s also shipping internationally, though it’s worth factoring in the extra cost, an estimated $23 (£18), into the overall price. All proceeds from sales will go to GLITS (Gays and Lesbians in a Transgender Society): a grassroots organisation supporting LGBTQ+ people around the world. Alongside Charli XCX’s Depop shop — where you’ll find all of her iconic, pre-loved outfits to buy — the singer has also showcased ten of her favourite sellers for fans. If you’re eager to emulate her style, there’s never been a better time!

What To Expect From Charli XCX’s Depop Collab?

At the moment, there’s not much left for sale — unless you’ve got a spare $5000 (£3,961) to blow on a pair of her pants. The Agent Provocateur underwear is emblazoned with the slogan “sell out” and the logo of Charli’s record label Atlantic.

Lucky customers have already picked up Charli’s infamous silver sports bra – which previously went viral and her custom-made ‘Crash’ cheerleader uniform (as seen in the “Used To Know You” music video). But fear not, a second drop will be landing soon. Keep a close eye on her shop bio.

More like this
Anne Hathaway Is Giving Major Princess Mia Vibes On The Cannes Red Carpet
By Sam Ramsden
The Uniqlo x Marni Launch Is The Perfect Mix Of Maximalism & Minimalism
By Rachel Mantock
Khloe Kardashian Just Proved That Sparkly Bikinis Are Very In Style
By Avery Matera
14 Spicy Bralette Outfits For Vaxed Girl Summer, Round 2
By Avery Matera
Get The Very Best Of Bustle/UK