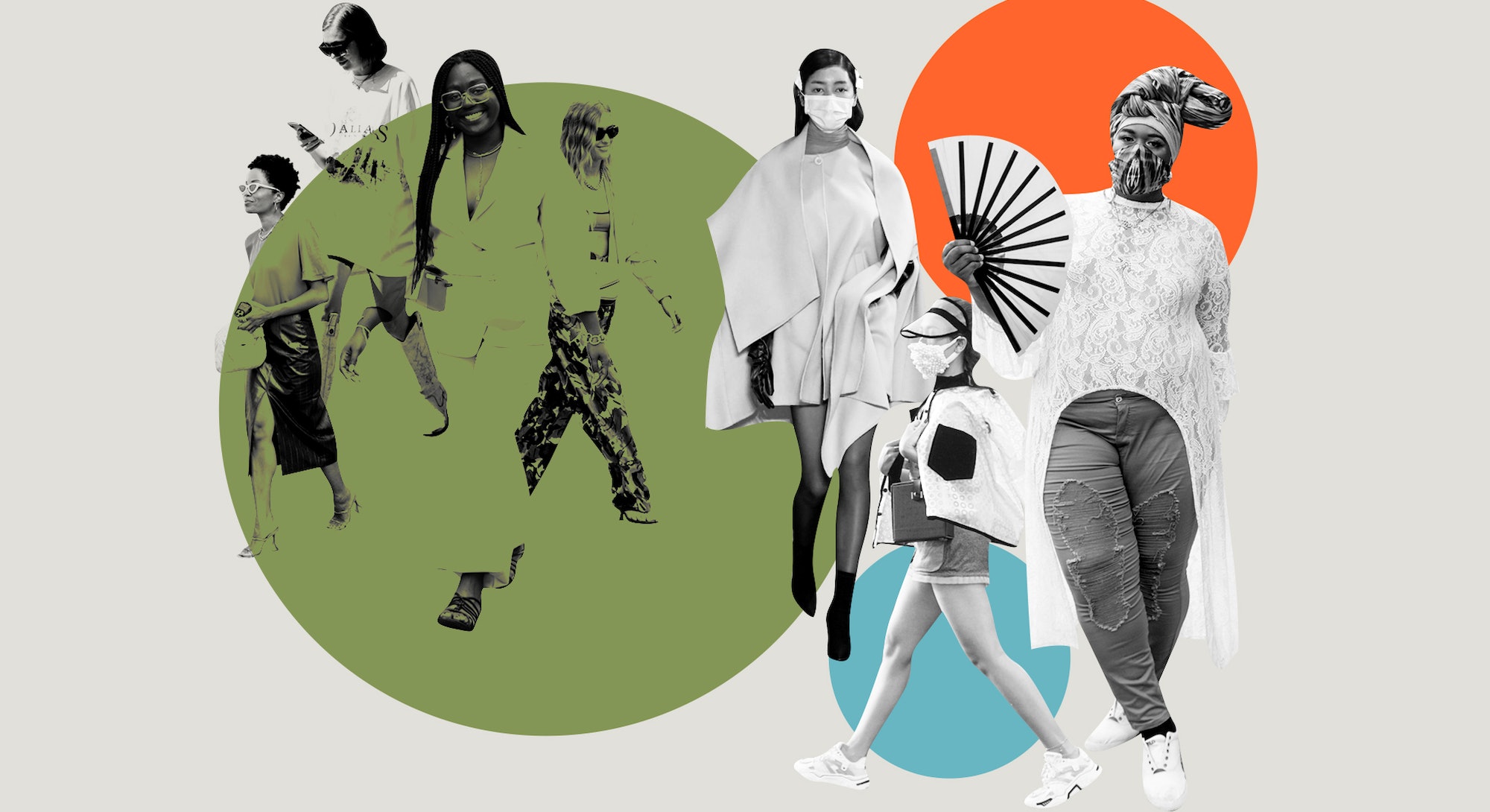 A little over 12 years ago, photographer Scott Schuman, also known as The Sartorialist, camped outside Milan’s Spring 2007 menswear shows to photograph attendees. Schuman’s pictures, a luxury-focused interpretation of “street style” photography, were published on the now defunct website Men.Style.com. The incredible response the images received from viewers and the thousands of amateur bloggers who reposted them on Tumblr led to a major shift in the fashion industry, birthing a generation of creators who built their careers around street style. It also helped lift the veil of an otherwise closely guarded industry, turning previously unknown editors, buyers, and socialites into public figures.

Today, street style photography is more than just a sub-genre — it's a lucrative business. Dozens of photographers gather outside fashion shows to capture images of attendees for major publications. At the peak of its popularity, some in-demand photographers were earning up to $20,000 in one month. The magazines, in turn, receive significant advertising revenue from the web traffic the pictures generate. And the stars who appear in the photographs could leverage their exposure to develop partnerships with brands that want to increase their visibility or hype around their shows.

But with the COVID-19 pandemic limiting the number of in-person runway shows and causing many cities around the world to cancel their fashion weeks altogether, industry experts believe the high-end street style world that Schuman helped birth is ready for a major evolution. The sudden break in the fashion calendar, increased financial pressures, and a changing social climate have made it necessary for companies, photographers, and influencers to reevaluate their relationships with the genre.

Even prior to COVID-19, many insiders recognized a flaw in how the cycle operated. “I think it had hit a fevered pitch,” says The Yes creative director and street style fixture Taylor Tomasi-Hill. “It was an echo chamber of people who weren’t necessarily being original or showing authentic style.”

Authenticity and innovation is what Tomasi-Hill is known for. When street style was still in its infancy, she was among a group of Teen Vogue editors who made colorful and bold statements with their Fashion Week wardrobes, while other editors at the time strictly wore black. Over time, Tomasi-Hill believes that commitment to personal style became compromised: “There were too many people taking money or clothes from brands to promote themselves as influencers without being true to what they actually loved.”

According to Vogue photographer Phil Oh, the budding influencer-brand-relationship put a strain on the creativity exhibited at fashion weeks. “Street style at fashion weeks became less about actual personal style and more about marketing brands’ upcoming collections — which I suppose is the main function of fashion shows, after all, but that made street style feel a bit more manufactured,” he says. “It is maybe less relevant for the viewer at home, but probably more important for the brands’ bottom lines.”

With a renewed focus on personal style, Tomasi-Hill believes influencers can reclaim their relevance. “They’ve had time to reset and strategize on what’s important and forge meaningful relationships with brands that they believe in,” she says. “Truly original style makers will continue to thrive, and I can’t wait to see that creativity continue to unfold.”

The societal shift that has occurred during the pandemic, particularly in relation to race- and class-based disparities, may also encourage companies and photographers to evaluate who the real “stars” of street style are. “I think street style will be more focused on people with style and not how much money they have,” says veteran photographer Seleen Saleh. “I have always looked for people I thought were interesting to me. I will continue to do so. My focus has always been and will always be highlighting Black creatives of the diaspora."

Based on the industry’s current desire to deliver more inclusive content, the number of Black people featured in front of and behind the camera may see a significant increase. “We may also see a lot more inclusivity within street style galleries and in the way people are represented post-pandemic,” says photographer Darrel Hunter, who was one of the first to publish inclusive street style at Teen Vogue in collaboration with then-editors Phillip Picardi and Jessica Andrews. (Andrews is now Bustle's Deputy Fashion Editor.)

“During the pandemic we had brands and publications now waking up and suddenly taking an interest in inclusivity and diversity and scrambling for all of the diverse content that they can find," adds Hunter. "Hopefully this isn’t just a trend, and this isn’t something that people are trying to do in the moment to pacify their readers and be seen as inclusive.”

Street style will be more focused on people with style and not how much money they have.

The fashion industry’s current financial crisis, which could alter the number and scale of lavish runway shows, may also impact street style. “If shows stop happening or the format changes, then fashion week as we know it may not exist,” says Hearst Magazines staff photographer Tyler Joe. “Maybe designers decide to condense four seasons into two and combine both men's and women's shows in remote locations to allocate their money more efficiently, thus creating a more meaningful experience for the viewer.”

Street style veteran Tamu McPherson, who started behind the camera and now is one of the industry’s most photographed subjects, says fans are looking beyond Fashion Week for street style imagery. As evidence of the genre’s enduring impact, she points to the fact that brands and bloggers now produce street style-inspired shoots on their own.

“Street style is now a strong and effective medium for communicating style and promoting product,” she says. “As proof of its influence, brands direct influencers to shoot sponsored content respecting the street style aesthetic.” On Instagram, influencers like McPherson regularly post street style-inspired photos that aren’t necessarily captured at Fashion Week. No matter the future of runway shows, “one thing for sure is that influencers will continue to produce personal street style images for our inspiration,” she says.

The fashion industry as a whole continues to go through an internal reckoning that may permanently change the way the industry operates. Street style as a creative genre hasn't been exempt from this internal audit. In fact, it may have needed this time to reevaluate more than any other part of the business.

But as the world struggles to contain the spread of coronavirus, the future of street style — and Fashion Week as a whole — is still largely uncertain. “There is no way to tell what will happen post COVID-19,” McPherson adds. “The street style coming out of Copenhagen Fashion Week looked great. However, cases of the virus are rising around Europe and may impact Milan and Paris fashion weeks, pushing out the next opportunity for Fashion Week related content to February,” she says.

“It’s hard to know what the world will look like then.”