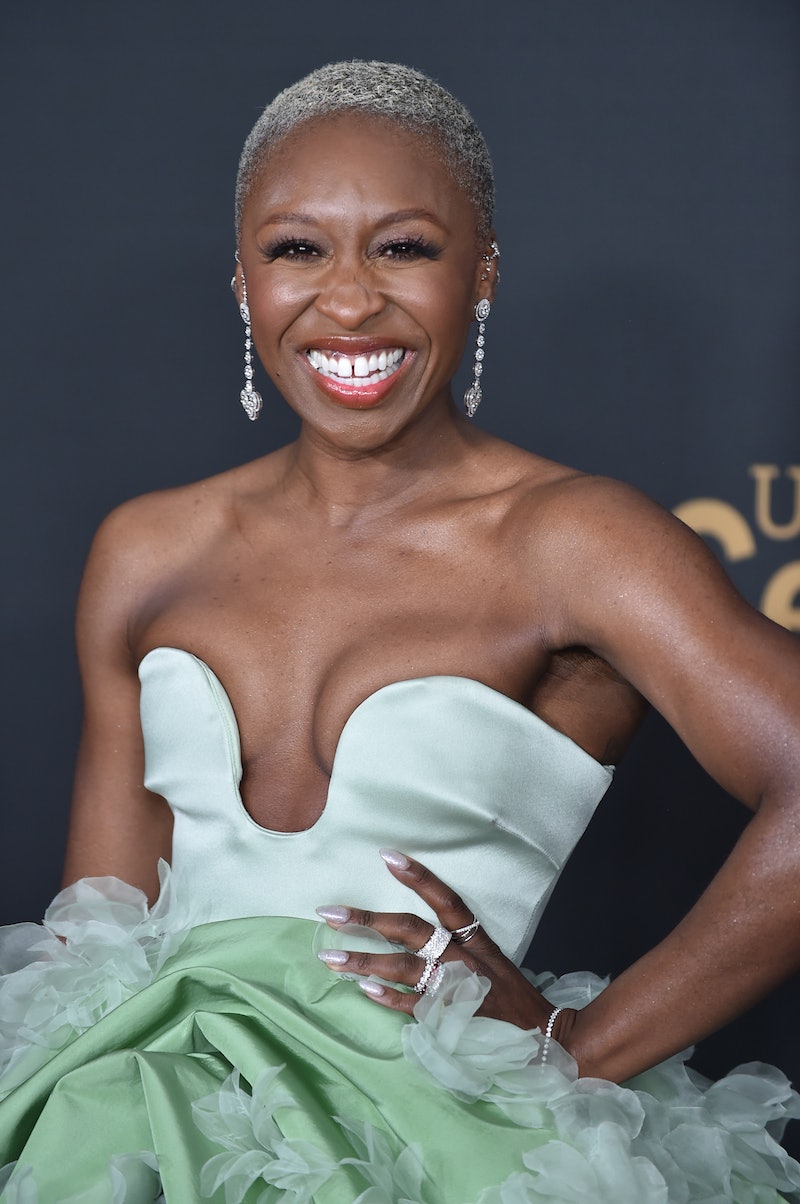 The Harriot star's Valentino Haute Couture gown features a high crew neck, sleeveless silhouette, and a fitted bodice in the most vivid neon green color. At the waist, the dress extends into a structural, A-line silhouette with a tea-length skirt that showcases metallic platform heels. She paired the gown and shoes with white leather above-the-elbow gloves and silver daisy-shaped earrings from Wempe. According to Erivo's stylist, Jason Bolden, the actor didn't know what her final look would be beforehand: He explained to E!'s host Zanna Roberts Rossi in the pre-show that Erivo allowed him to be "creative" with her look, which he loved for its "much-needed fantasy" vibes.

While her gown was a true standout on the red carpet, Erivo's beauty look was just as stunning. Makeup artist Terrell Mullin created the neutral-meets-bold glam with Armani Beauty products, and kept her complexion radiant with a satin-finish lip that allowed her eyes to pop. Erivo wore vibrant purple eyeliner on both her top and bottom waterlines along with voluminous lashes to round out her incredibly stunning, fantastical look.