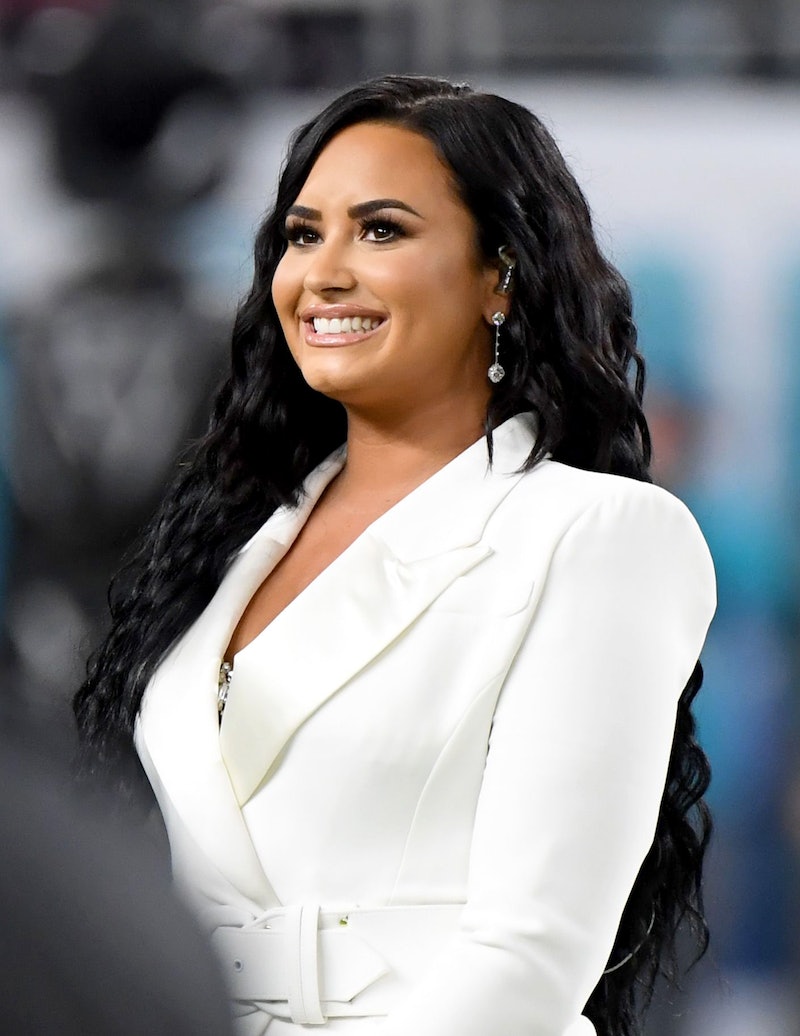 Demi Lovato has an impressive tattoo collection, and it just got bigger. In a photo posted to Instagram, the singer debuted an intricate new butterfly tattoo on her neck.

The tattoo sits just below Lovato's ear and takes up a sizable portion of the side of her neck. It also has a photorealistic appearance: Instead of minimalist lines, Lovato opted for a detailed design resembling a real butterfly's wings. In her caption, Lovato alludes to the new ink: "Dear little me, I’m sorry that it took so long but baby your [sic] free..”

This isn't Lovato's first neck tat that appears to have a deeper meaning. Back in December 2019, her tattoo artists revealed two other designs — first, the word "survivor" written in delicate script, which debuted on artist Dr. Woo's Instagram, followed by an angel held up by three doves. Alessandro Capozzi, the artist behind the angel design, said the two "created this piece together to represent a rebirth of the spirit. The dark wings represent the bad times, their fading away is how she moved forward. The light from within represents the inner strength necessary for the change and the doves, pulling her up, symbolize the reach of an higher state of consciousness."

Lovato's other tattoos include the word "me" on her ring finger, an image of her grandmother on her forearm, and a blue feather behind her ear.