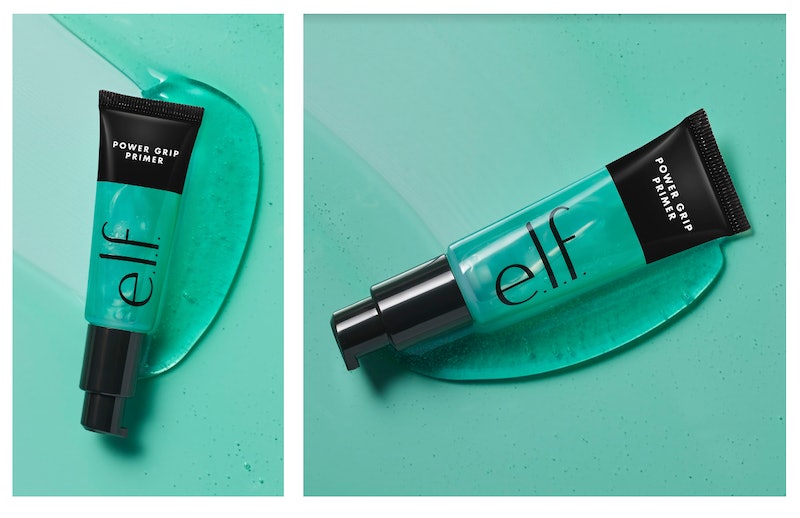 If it hasn’t already hit your FYP and you’ve already exhausted all the holiday films that Hallmark and Netflix have to offer, then listen up. This is a product launch (and movie debut) you won’t want to miss. e.l.f. Cosmetics just dropped its latest product while also premiering its first-ever TikTok holiday film. Say hello to what’s bound to be your new favorite makeup product: the e.l.f. Cosmetics Power Grip Primer. If it’s anything like the brand’s TikTok-viral Poreless Putty Primer, beauty lovers are in for a treat.

Formulated with heavy-hitting hydrators that are great for dry skin like hyaluronic acid and squalane, the Power Grip Primer not only helps prep your complexion for foundation and other makeup but also helps nourish and moisturize. Its gel texture goes on clear and is suitable for even the most sensitive skin. All that for $10? Not bad at all. While the new launch won’t be available until December 18 on elfcosmetics.com (and December 26 in stores and online at Target, Ulta, Walgreens, and other mass and drugstore retailers), you can catch the first glimpse of it during Big Mood, Big e.l.f.ing City.

The movie is cut into three, three-minute segments and revolves around TikTok star and singer Fia James’s character Ash party-hopping in New York City for the holidays.

This is mostly a spoiler-free zone — but for those curious, the Power Grip Primer makes its debut in part two of the three segments. Fans can expect to see other TikTok favorites — like @adamrayokay,@thekalenallen, and @glamzilla — as well as some of e.l.f. Cosmetics’ classic hero products play huge roles in this adventure.

All three clips debuted recently and even earned the praise of Sarah Hyland. The actor recently used the primer to create a festive, gem-accented holiday look. So if the algorithm somehow hasn’t thrown these videos your way, be sure to follow @elfyeah to see them. Nothing like a short holiday film (and the promise of a brand new makeup product coming) to lift anyone’s spirits.

More like this
Half Magic Beauty Is Here With The Euphoria Makeup Of Your Dreams
By Rachel Lapidos
What Are "Gym Lips" & Why Is BeautyTok So Obsessed With Them?
By Olivia Rose Ferreiro
19 Memorial Day Beauty Sales To Shop In 2022
By Audrey Noble
The "Kate Moss Contour" Is TikTok's Latest Makeup Obsession
By Olivia Rose Ferreiro
Get Even More From Bustle — Sign Up For The Newsletter