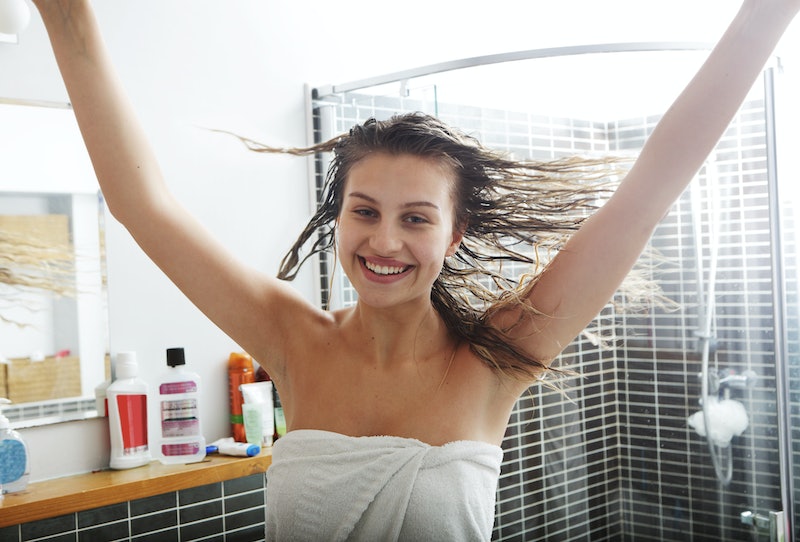 Removing unwanted body hair is the least exciting part of my beauty routine — and I’m sure I’m not alone on this. But the Fur Trimmer has made leg, armpit, and bikini area hair removal exceedingly more seamless (and chic) than using that overdue-for-a-blade-replacement razor sitting in the corner of my bathtub.

It’s not that I’m anti-razor. It’s just that my skin usually winds up with some sort of irritation after shaving — bumps, itchiness, cuts... you name it, I’ve dealt with it after merely trying to get rid of body hair. The Fur Trimmer, however, was created to function as your all-over grooming tool... minus the annoying aftermath of your typical hair removal. Once I started using it, it felt like a whole new world of shaving opened up to me.

How The Fur Trimmer Works

If you’re not familiar, the trimmer is made by the same brand as the cult-favorite Fur Oil, a pubic hair-softening elixir that quashes ingrowns and nourishes those down-there strands. Co-founders Lillian Tung and Laura Schubert had always wanted to make their own razor — but, to remain in line with the brand’s inclusive philosophy on creating products for people of all body and hair types, genders, and grooming needs, they landed on the idea of a trimmer... something traditionally not found in the women’s hair removal aisles.

“One of the big TMIs I’ve heard - people admit to me all the time that they use their significant other’s trimmer for their pubic hair and don’t tell them,” says Schubert. “That was part of it — people want this tool but don’t know about it, so we’re hoping to bridge the education gap there.”

Compared to a razor, a trimmer allows you to customize your shave. Fur’s Trimmer has four different lengths (via three attachments plus the standard head) so you can choose how long you want to keep your hair. And it’s truly meant for any area of your body: use it on your beard, pubic area, arms, armpits, and legs.

Besides its various attachment lengths, the Trimmer has a three-blade system that removes your hair in one motion. It also gently vibrates — and all of these factors purportedly make the device razor burn-proof. But this baby gets even more credit because A) it’s waterproof and B) it has a little LED bulb in it that shines an actual spotlight on the area you’re shaving, making the device pretty damn handy.

When it's time to recharge, just nestle the Trimmer back into its base and it'll power up via USB cable. That means the device itself is cordless and can sit like a chic-looking ancient Greek column in your beauty cabinet.

As someone who’s used a standard razor for my entire shaving life, I felt intimidated when I first picked up the Trimmer. But it’s really as simple as pressing the “on” button and going to town after sticking on whichever attachment head you’re using (if any). I started with the area I shave most often: my legs. If you’re looking for clean hair removal — not a trim — no attachment is used, so I went with this option. The brand recommends using a shaving cream if you’re going bare, so I apply some before actually applying the Trimmer to my skin.

In theory, your hair comes off with short, even strokes and light pressure. The first thing that stood out to me — blew my mind, really — was the light that comes on automatically when you turn on the Trimmer. I had never realized how little I saw while shaving in the shower before, so this function gave me full visibility (read: no more missed strands on your ankle). Another perk? I stepped out of the shower without any blood on my legs, which never happens after I shave with a razor (don’t @ me). Pleased, I applied a body lotion to my skin and went on with my day without having to worry about digging in my cabinet for a Band-aid or applying cortisone cream to irritation spots.

Later on, I decided to try the Trimmer on my pubic area — but, to put the trimmer attachments to the test, I had to grow it out for a while. I snapped on the shortest attachment (a 1-millimeter guide), slathered on some shaving cream, and hit the “on” button. If you’re used to going bare in your nether region, know that using a trimmer is a... different experience. You don’t get the satisfaction of a hairless strip reveal after gliding a razor over a section of curls. It takes getting used to, but when I was done, my... uh, bush looked more... neat. And, as is the case with the more standard shave method, I wasn’t left with irritation or bumps — just cleaner, trimmed-up hair.

I only used Fur’s Trimmer on my legs and pubic hair (I felt like a razor was a quicker option for my armpits) and was relieved to do the shaving job without any skin drama. It’s a great device for shaving in a poorly-lit shower, and especially cool if you need a hair-removing tool for trimming or upkeep rather than a full-on shave. I still like using it on my legs and bikini area, but prefer a standard razor for a closer shave — I found that the Trimmer doesn’t give you that totally bare finish. That said, it’s a much-needed innovation in a category that otherwise feels behind the times.