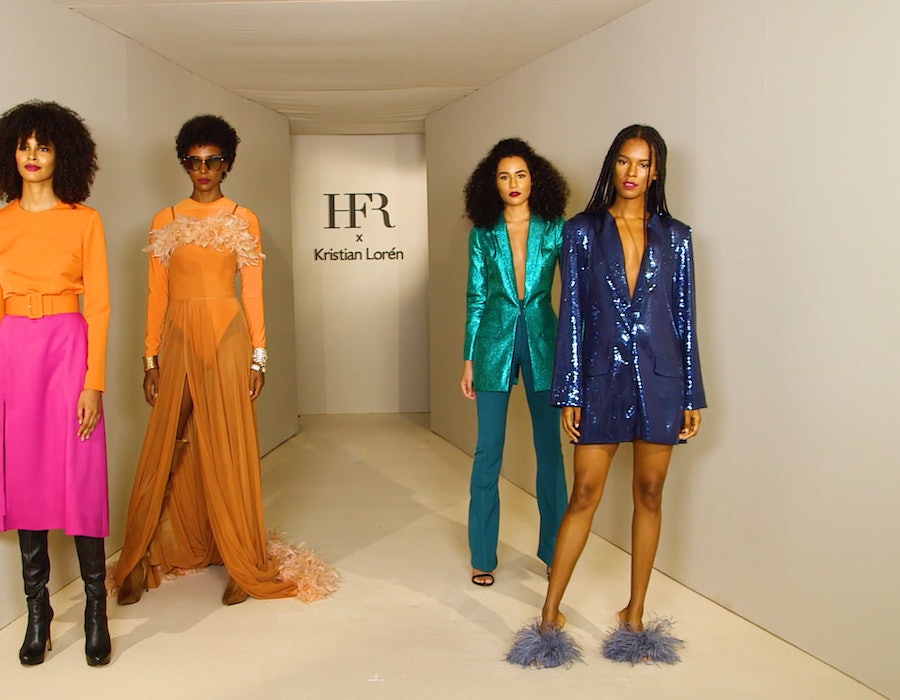 As the fashion world grapples with its longstanding lack of diversity, Brandice Daniel is standing tall with open arms. The founder of Harlem’s Fashion Row established the organization back in 2007 as a way to funnel more multicultural designers into the notoriously white fashion industry. It’s clear that she was ahead of her time, but she’s just glad that others are finally catching up.

“It’s been amazing to see so many people join the fight,” Daniel tells Bustle. “You can’t fix a 400-year-old problem in a few years with a few people on the frontlines. It’s going to take an army, and I feel like that army is being formed now with so many different amazing organizations and initiatives being created.”

When she reflects back on the last 13 years, Daniel says that she’s most surprised by the scope of the partnerships she’s been able to forge between up-and-coming designers and big-name brands. Most recently, HFR teamed up with the children’s brand Janie and Jack, a collaboration that was inspired by her four-year-old daughter, Sky Grace.

“This has been my favorite brand for her since birth,” she says. “To now have a full collaboration with them and three dope designers of color is a dream. My basement is full of our Janie and Jack samples right now. Every time I look at all these beautiful pieces created by Kimberly Goldson, Richfresh, and Kristian Lorén with the HFR logo, I smile.”

HFR helped kick off NYFW this season with a digital activation on the first night of shows. The 13th annual runway show and Awards ceremony included appearances by fashion icons like Dapper Dan, Misa Hylton, and even Vogue EIC Anna Wintour.

Among the award recipients, Pyer Moss designer Kerby Jean-Raymond was honored by Tracee Ellis Ross and Teen Vogue EIC Lindsay Peoples-Wagner by fashion icon Constance White. The event theme was “Black Is the New Black,” a nod to the fact that Black excellence in fashion is no passing trend. The runway portion featured the Fall 2020 collections of 3 Black designers, Kristian Lorén, Patrick Henry of Richfresh, and HFR mainstay Kimberly Goldson.

Originally, the plan was to host several IRL events throughout the year and host a grand production for Fashion Week centered around the Janie and Jack collaboration. Of course, then the pandemic happened. “I had no idea how we would pivot at first,” Daniel shares.

It wasn’t until she thought of another venture, ICON360, which creates funding options for BIPOC designers underrepresented in fashion, that all the pieces started to fit together.

“When the idea for ICON360 came, I knew I had to figure it out because we had to raise money for designers of color,” Daniel says. “When you’re driven by something bigger than yourself, you figure it out. I believe that whenever we’re limited in some capacity, it forces us to do things in a new way.”

While it may seem like Daniel never stops innovating, she’s the first to admit that this year has been full of challenges. “In the beginning of the pandemic, I felt so down and helpless,” she shares, adding that her self-care routine includes “a good hot bath” with a Harlem Candle Company candle and Kem playing in the background.

Another key element for the entrepreneur was tapping into her desire to give back — not despite all the uncertainty but rather because of it.

“The only thing that got me up and creative was serving,” she says. “We often think about what we’re getting out of life, but something amazing happens when we start to give. Giving is how I stay motivated.”