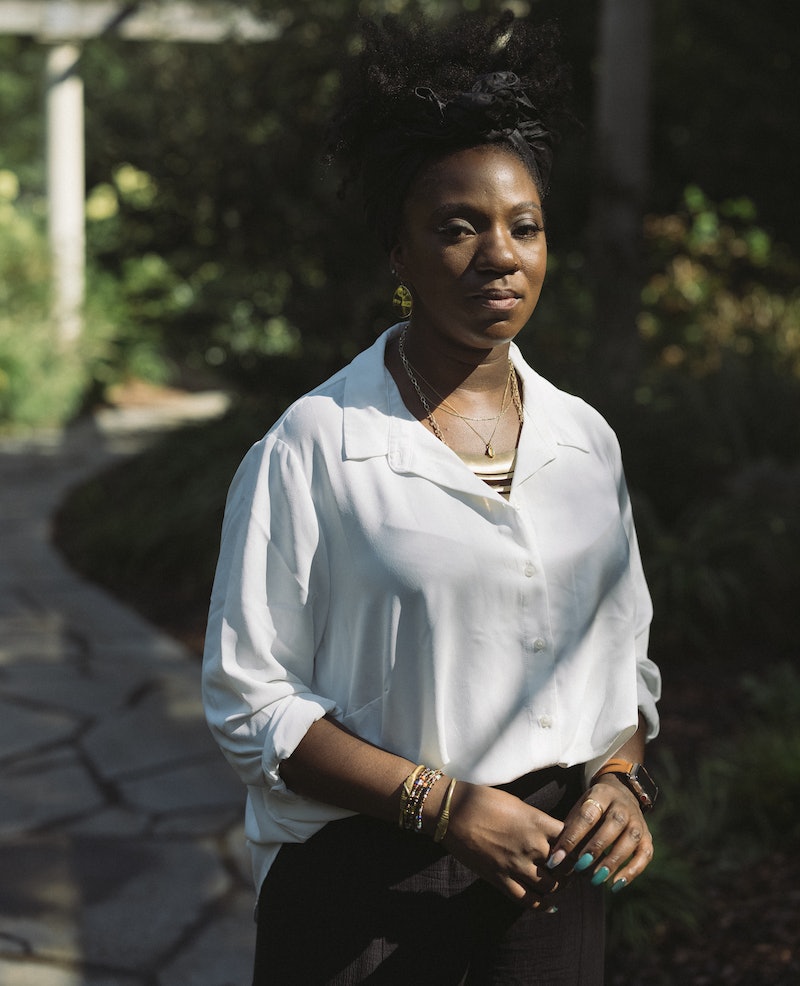 Five years ago, entrepreneur Nikki Porcher walked into a crowded room at a networking event, and felt like an outsider. “I was the only Black woman there,” Porcher tells Bustle.

Right around the same time, she’d heard about a local Black business owner who kept selling out of a $20 lip gloss. Porcher wanted to connect her with an even broader clientele.

“I knew I had to do something,” she recalls. “Knowing and seeing how much and how hard Black women work, they inspire me to do all I can to ensure that they are seen, heard, and supported.”

So in 2016, she officially launched Buy From A Black Woman, an online directory that includes 600 Black women-owned businesses across the country and promotes supporting Black female entrepreneurship. Its latest initiative is a partnership with H&M for the Inspire Tour, a series of pop-up shopping events across 15 U.S. cities highlighting local Black women-owned businesses.

Visibility is key, especially since access to working capital is a common challenge for this demographic.

“[I’m not always] taken seriously as a business owner because I am a Black woman,” says Porcher. “Black women are all around — and [they] support everyone — yet I have to convince people or explain why it’s important to support and buy from a Black woman.”

The tour, which kicked off July 1 in Atlanta with a free open-air market next to H&M’s Atlantic Station store, featured 10 local vendors. It’ll end with an in-store event on July 25 in Los Angeles.

“This last year we witnessed so many businesses and organizations making statements around wanting to do more when it came to sharing tools and resources with Black-owned businesses,” she says. “When H&M approached me about wanting to work together, I knew exactly how we could show that Black women are here.”

Porcher would like to see more authentic collaboration between retailers and the communities it claims to want to uplift and support.

“Sharing a tweet, talking about something in passing, or posting a black square on your social feed isn’t a true form of getting behind Black-owned businesses,” she says. “Knowing that you have tools and resources to jumpstart communities — and then actually using those tools and resources to do real, long-term, sustainable work — is how you show support.”