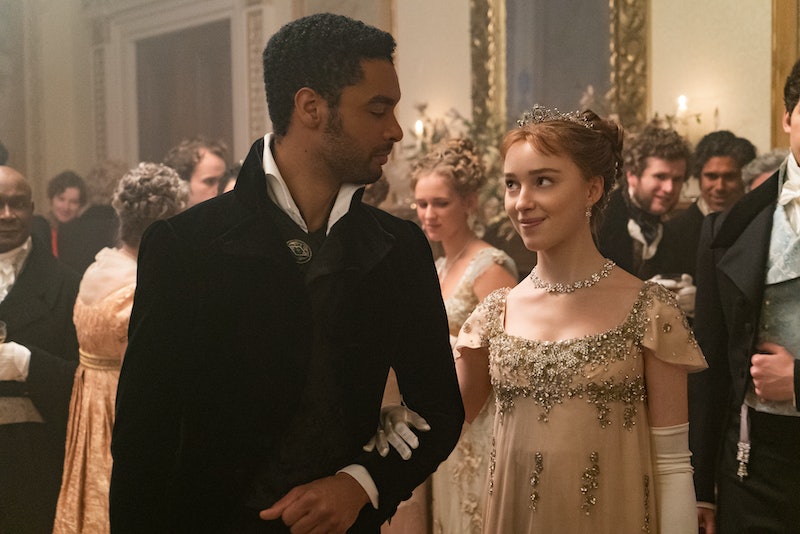 Pat McGrath Labs recently announced its partnership with Shondaland and Netflix to bring fans of the alluring hit-series Bridgerton, an exclusive beauty collection. And it looks as decadent as the families of the ton.

Like the steamy first season of the show, the collection is said to be a modern spin on the regency era and its beauty ideals. It comprises the MTHRSHP Eye Blush Palette, Divine Blush + Glow Trio and two Sublime Skin highlighters. McGrath describes the shades as “dream-come-true hues and tempting textures” in striking blue and black packaging, complete with regal gold borders.

According to the mother of makeup’s Instagram, the collection is set to make its debut on Dec. 26, just in time to put together a sultry or sparkly New Year’s Eve look. For the moment, fans across the globe will be burning for the opportunity to get their hands on the limited-edition goods.

As always, we’ve got you covered! Especially those of you in the UK who are hoping to recreate looks from the series, using the passionate pinks, plums and icy cool blues in the palette.

The coveted collection has already been spotted on a handful of models and celebrities, including Reese Witherspoon, who’s daughter - Ava Phillippe - has been unveiled as the muse for the line.

McGrath is the first makeup artist to be made a British dame, and her website makes it crystal clear that makeup enthusiasts on this side of the Atlantic won’t have to miss out. So, you can get ahead of the game and increase your chances of donning the divine shades of this collection by signing up to the official mailing list, where you’ll receive exclusive early access and an enticing VIP offer.

Current Pat McGrath Labs products are stocked in Selfridges and Net-A-Porter, so it’s possible that the collection will make its way into stores after its Boxing Day release. Watch this space - or Lady Whistledown’s next installment - for more updates on this electrifying collection.