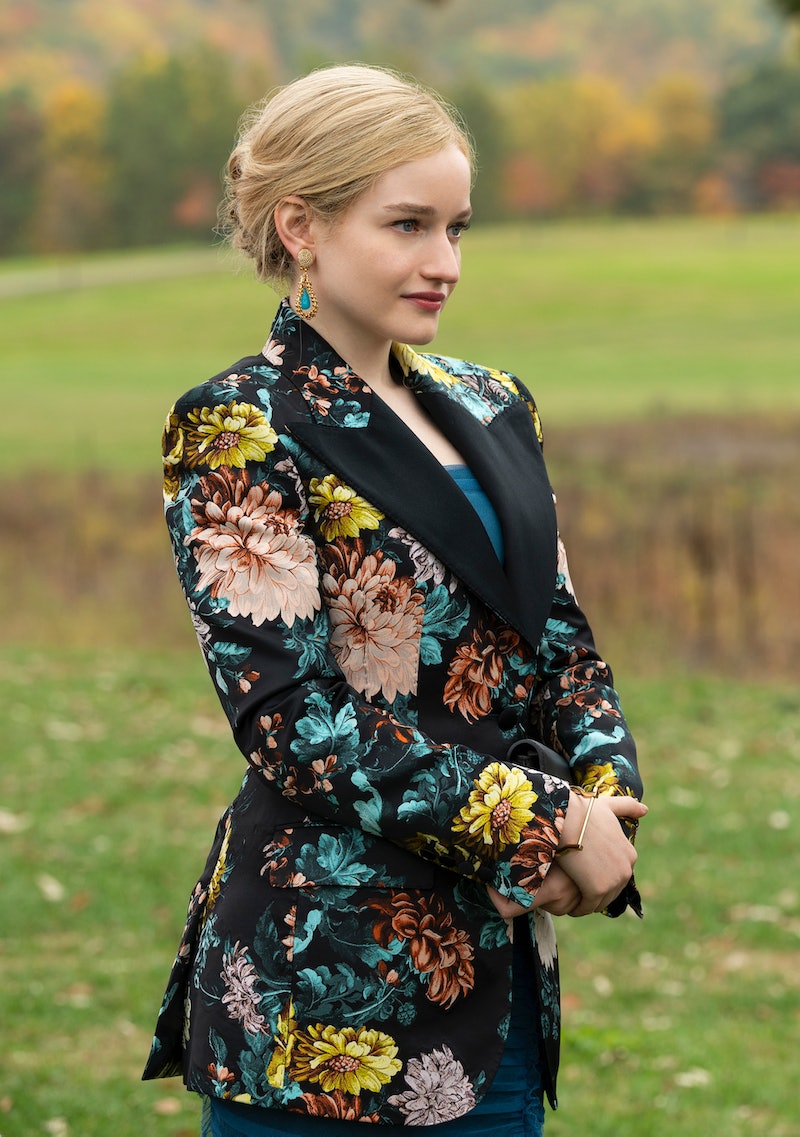 If you’ve seen Netflix’s new scammer drama Inventing Anna, you’ll already be familiar with the jaw-dropping story of Anna Delvey — an infamous New York socialite who hoodwinked the entire scene while conning friends, airlines, banks, and hotels out of thousands of dollars. Born Anna Sorokin, the Russian fraudster posed as a German heiress, and decked herself out in designer looks bought with stolen cash to add to the believability of the ruse. From the show-stopping red bardot dress she wears on a spontaneous trip to Ibiza (a ruffled number from Alexander McQueen) to a turquoise scarf-wrap dress from Italian designer Etro (very Carrie Bradshaw) the looks just keep on coming.

Filled with back-to-back outfits from the likes of Chanel, Dior, Gucci, Valentino, and Balenciaga, it’s frankly quicker to name the fashion houses that don’t make an appearance in Inventing Anna. And in putting together a brilliant wardrobe for starring actor Julia Garner, show costume designers Lyn Paolo and Laura Frecon tracked down Sorokin’s real-life looks by deep-diving on social media. “​​We went down a rabbit hole — googling and stalking friends who were tagged — and then we tried to match every one of her looks as best we could,” Frecon told Vogue. The designers also used ‘How Anna Delvey Tricked New York's Party People,’ The Cut article which inspired the show, as a reference. “We even recreated a little black bomber jacket that was mentioned.”

Sorokin stood trial in 2019, and infamously hired a professional stylist to dress her throughout — at every appearance she wore a pair of Céline glasses, and once refused to appear altogether while wearing her prison uniform. As reported by Time, Inventing Anna’s propmaster Max E. Brehme managed to hunt down the same frames Sorokin wore in court, and show designers also tracked down the exact pair of Chanel pumps Sorokin was wearing when she was arrested.

Getting the wardrobe bang-on was crucial to the show, Paolo told Grazia, because the real-life Sorokin constantly adapted her wardrobe in order to fool different people, and to give credibility to her wealthy heiress identity. “It wasn’t just about putting pretty clothes on a pretty human. It was telling the story that Anna kept reinventing herself,” she said. “It was an interesting project in that you have several different levels of storytelling with all the different Annas, but then you have the real Anna, too. We were true to her as much as we could be. For me, it was an interesting jigsaw puzzle.”