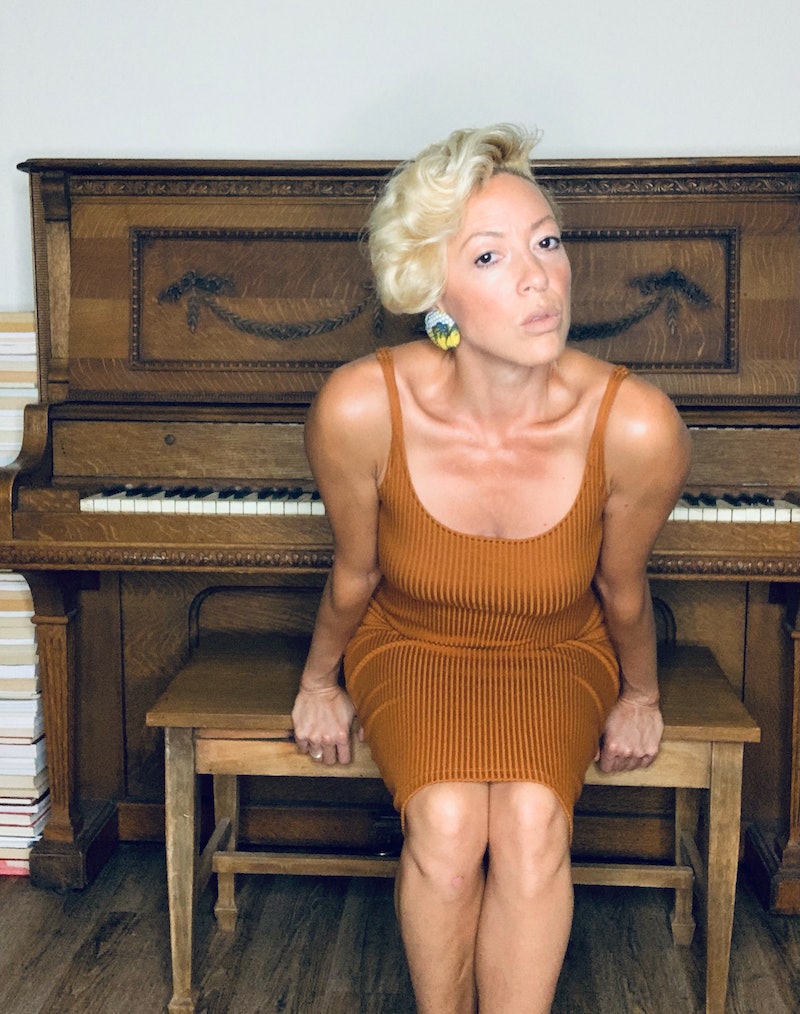 Devin Butler never planned on being a jewelry designer.

“I feel like it was part necessity and part purpose,” Butler tells Bustle.

After a world-shattering divorce and moving back to Texas to live with her parents, Butler was confronted with an uncomfortable reality.

“I moved to Dallas because at that point, I had a two-year-old and one-year-old, and I just needed help,” she recalls. “When I moved home, I made a drastic change in career. I went to work for a smaller financial firm, and I’ll be honest, the woman that I was working for, it was a phenomenal clientele.”

There was just one problem: She was working on commission, which meant inconsistent paychecks. As a newly single mom, that wasn’t going to cut it.

“I was literally broke, waiting on these big deals to close,” Butler recalls. “I literally had no income.”

Having always been a creative person, she got to thinking about potential side hustles. That’s when she came up with the idea to make vibrant circular earrings in various prints and patterns, which ultimately became JoyPop. The name was inspired by one of her favorite Bible verses, James 1:2, which includes the phrase: “Count it all joy.”

“JoyPop came to me pretty quickly, but it took me a much longer time to get that it was a real business,” Butler shares. “Even when I was talking to people, it would feel weird to tell people I was a business owner. I would just say, ‘Oh, I have this little earring business.’ It felt very natural just to downplay it.”

But that “little” earring business soon became quite big. After launching the brand in November 2019, by mid-summer 2020, she could barely keep up with sales, all of which were coming from organic growth via social media.

“From July to now, I have seen an insane amount of growth,” Butler says. “I feel like God is laughing and he was like, ‘Girl, I told you. If you would do what I asked you to do, I would bless this thing.’ And that has just been the case. I have made more money with JoyPop than I ever made in any ‘real’ job or position.”

Ahead, Butler walks us through some of her favorite pieces and the inspiration behind her design process.