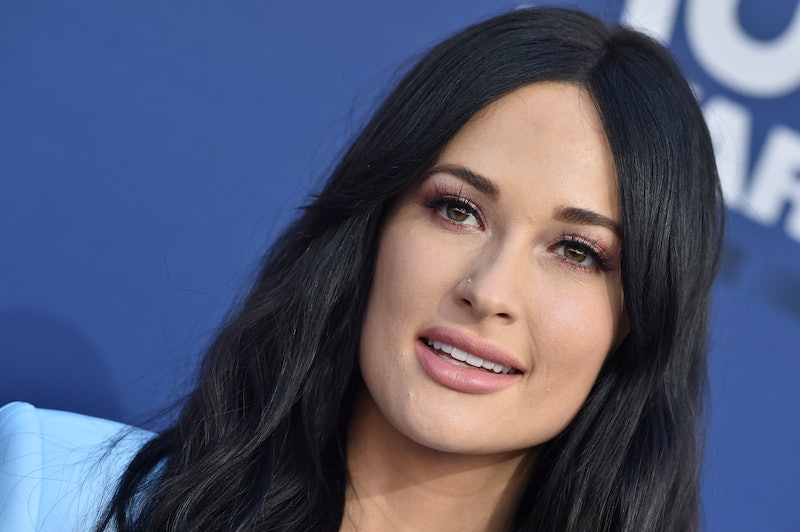 Kacey Musgraves is gearing up for a big night at the 2021 VMAs, where she’s set to perform songs from her new, highly anticipated album Star-Crossed. The musician quite literally turned heads on the VMAs red carpet in a violet-hued sleeveless minidress by Valentino and an oversize matching feather hat. And when we say oversize, we mean oversize.

But she didn’t stop with just the bold purple ensemble. The “Justified” singer topped it off with yet another vibrant accessory: red leather opera-length gloves. Whether she realized it or not, Miss Musgraves was serving some serious Red Hat Society vibes. (Since members are supposed to be at least 50 years old, maybe they can consider making her an honorary member?)

With Musgraves’ iconic Golden Hour era in the rearview mirror, and the star-crossed chapter just beginning, all eyes will be on the 33-year-old as she crafts her new, post-divorce look.

“I’m excited to share Star-Crossed just because people know me to be a songwriter that writes about what I’m going through,” Musgraves said in a new interview with Apple Music 1 host Zane Lowe. “I think it would have been extremely awkward if I just acted like this last chapter didn’t happen for me. So I think you saw my highlight reel with Golden Hour and this is the other side of that. And I mean there are beautiful parts of that too.”

Judging by her VMAs appearance and the brighter, more playful visuals from her new Star-Crossed film, it seems likely that she’ll be leaning toward dramatic silhouettes and intense color-blocking.