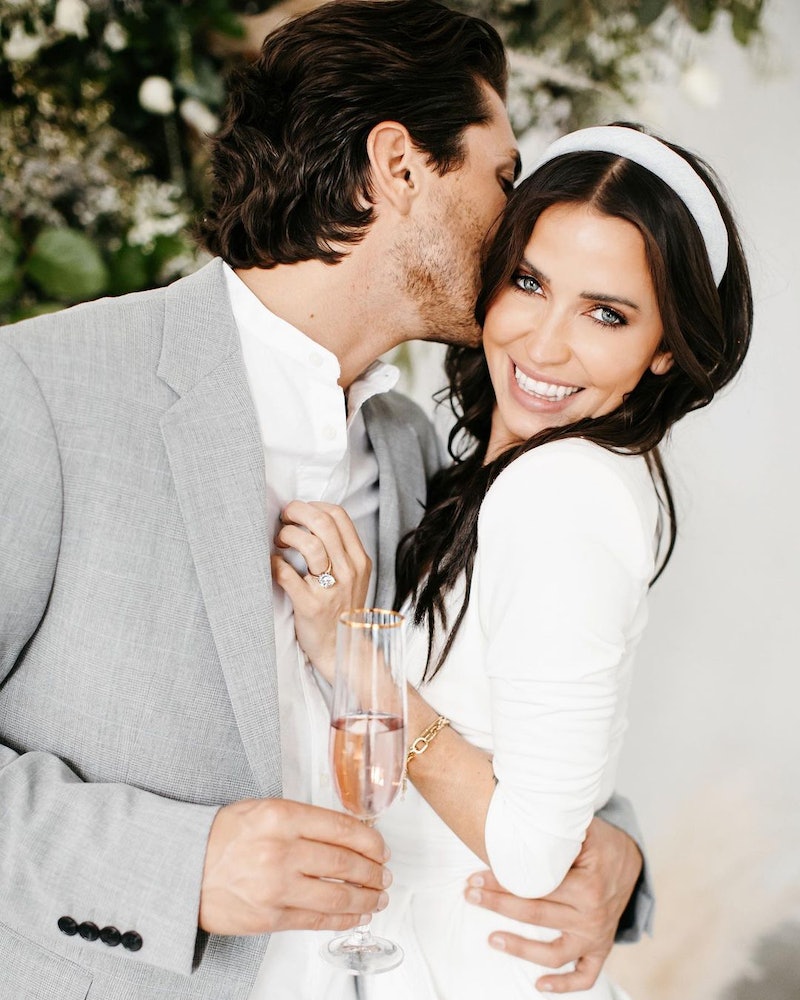 Instagram.com/kaitlynbristowe
By Avery Matera
May 12, 2021

The Bachelorette’s Kaitlyn Bristowe has finally found love in Jason Tartick. Tartick proposed to Bristowe on Monday in Nashville while the duo was filming an episode of Bristowe’s podcast, Off the Vine. And Kaitlyn Bristowe’s engagement ring is a stunner, both timeless and in step with the biggest trends of the year.

Her ring is an oval-cut diamond that has been set on a pavé shank. It’s one of the major engagement ring trends of the 2000s, and widely chosen today as well. Though the actual size of the stone has not been confirmed, Zaven Ghanimian of Simon G Jewelry explained that “the ring looks to be a 4ct.” Though “the clarity and color are undeterminable,” he said, “I can estimate clarity between SI to VS and color between I-E.”

Bristowe’s engagement outfit, as she told Entertainment Tonight, included a T-shirt when he that read, “Tequila for Breakfast.” “This feels very on brand, but also very inappropriate,” she said. She later changed for the engagement photos, wearing a series of white tops and dresses and of course, her gorgeous diamond engagement ring.

Whether or not you’re in the market for a ring for yourself, shop some dupes to Bristowe’s engagement ring below. It’s clean and modern and a great choice for all brides-to-be.