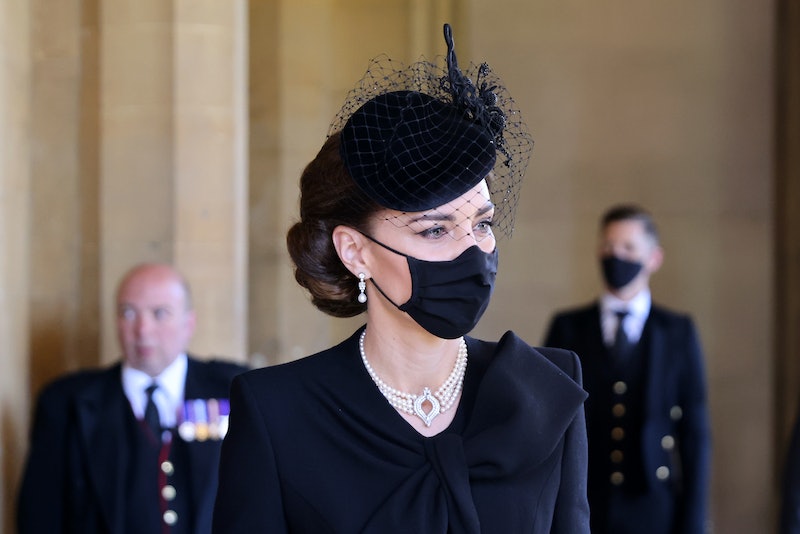 On Saturday, the Duchess of Cambridge attended the funeral of her grandfather-in-law Prince Phillip, who passed away at 99 on April 9. And Kate Middleton’s funeral outfit included a pearl necklace from Queen Elizabeth’s collection for the most touching reason.

The four-strand pearl necklace features a diamond clasp, and fits like a choker. It’s not only a tribute to Queen Elizabeth, who wore it regularly before passing it on to her granddaughter-in-law, but it also honors her marriage to the Duke of Edinburgh. Middleton wore it to celebrate their 70th anniversary in 2017.

The jewel, dubbed the Japanese Pearl Choker necklace, was notably worn by Princess Diana at a Netherlands state banquet in 1982. It was originally commissioned by the Queen and crafted from pearls gifted to her by the Japanese government.

Middleton chose a simple black button-down dress for the funeral with a bow adorning the neckline. She finished her look with a fascinator, a black face mask, an elegant clutch, and diamond and pearl drop earrings, also on loan from the Queen.