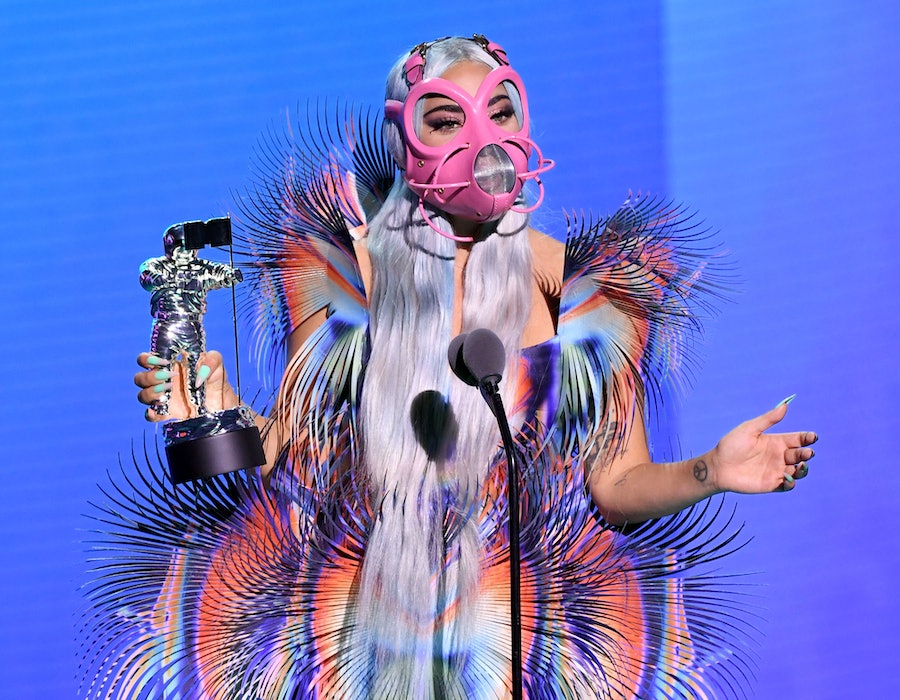 Lady Gaga is one of the headliners at the 2020 VMAs, so naturally she was going to make some kind of major sartorial statement at this year’s show. But considering we’re talking about the same person who once wore a literal meat dress to the VMAs, it’s hard to imagine what Gaga could possibly wear that would come close to topping her previous red carpet looks.

Well, it turns out that her main source of fashion inspiration this year came from the accessory that’s virtually inescapable these days: the face mask. In her epic performance alongside Ariana Grande for their song “Rain On Me,” which won for Song of the Year, both stars stepped out in face masks. Grande’s was simple and understated in plain black, while Gaga wore something that sort of looked like it was inspired by Bane from The Dark Knight Rises.

In addition to that mask, she wore yet another mask when she stepped onstage to accept her moon man statue. That one was bright pink and appeared to wrap around her entire head. In other words, it was definitely true Gaga. She paired the pink mask with a multicolored dress that looks like an optical illusion, black platform boots, and slicked back silver hair.