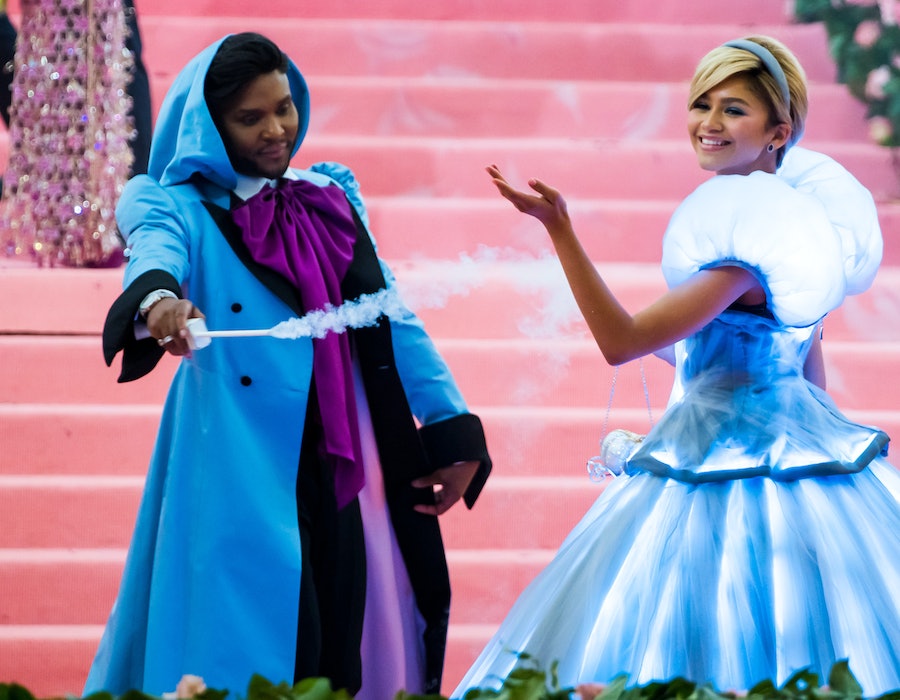 He dresses A-list stars like Zendaya, Kerry Washington, and Céline Dion, but Law Roach is just as well-known for his own larger-than-life personality. "I’ve always been authentically myself," he tells Bustle. "I’m surprised that people really like me so much.”

“Like” may be somewhat of an understatement, especially considering that Roach, who boasts over 580,000 followers on Instagram, has been on the receiving end of several luxurious gifts. Namely: diamonds.

“I joke and always say that I’m the Black male Elizabeth Taylor because you know she’s famous for being gifted diamonds, so I’m trying to stick to that,” Roach says, laughing. “It is very, very exciting to open up a box and to think that somebody thinks that much of me or our partnership to send me the most sought-after luxurious material in the entire world. It makes me feel good every time I get something.”

It’s perhaps not surprising, then, that Roach collaborated with the Natural Diamond Council for its new monthly series called Diamond Diaries. In his video diary, he discusses everything from his love of diamonds at a young age to an ever-growing collection that marks various moments throughout his career.

“Diamonds are so aspirational,” Roach explains. “I thought if I was allowed to tell my story about my relationship with diamonds, it would maybe be aspirational for some of the people that follow me. My diamond collection is basically a product of my success and hard work.”

While the jewels are certainly gorgeous, they’re also emblematic of the type of generational wealth that Roach hopes to create for his future family.

Outside of his NDC collaboration, one of his most recent projects was styling Zendaya for the 2020 Emmys, where she was nominated for Lead Actress in a Drama Series for her role in the HBO hit Euphoria. The 24-year-old actor became the youngest woman to ever win in that category.

For her big moment, Roach placed her in a custom two-piece dress by Armani Privé. The ensemble featured a black-and-white polka dot skirt with a silver studded bralette top. She accessorized with Bulgari jewelry.

“We didn’t get it created knowing she would wear it to the Emmys because we didn’t know she would get a nomination, but that pattern was on that season’s runway,” Roach reveals. “I love polka dot. There’s always something fun about polka dots for me. They sent a couple sketches with a couple different options, but the one with the polka dots really caught my eye.”

So, what was it like being there for such a momentous occasion in Emmys history?

“I think I was more nervous than her,” Roach jokes. “She was like, ‘What are you nervous for?’ We’re so close and I was really grateful that moment happened for not only myself but her family. We all got to share in that win. It was such a beautiful, beautiful moment.”