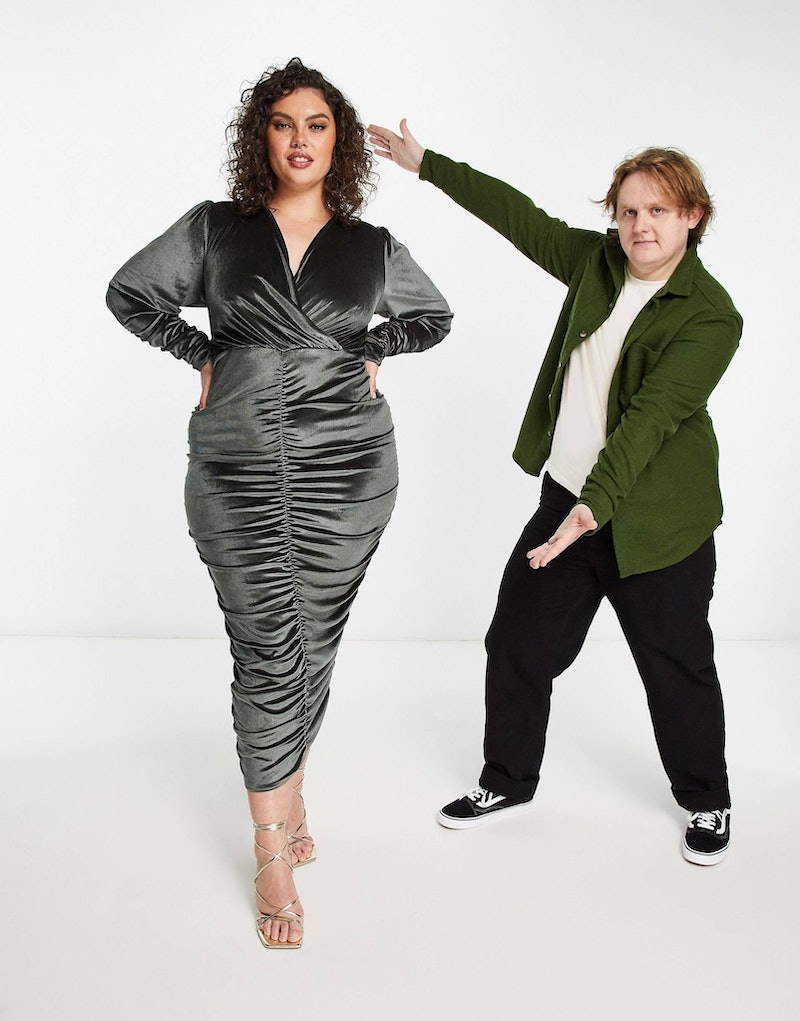 There’s a new creative director in town, so move over, Molly Mae. If you’ve been surprised and amused to spot a certain Scottish pop star prancing around in the background of various ASOS photoshoots while perusing their pages, there’s a reasonable explanation — the online retailer invited Lewis Capaldi into their offices to direct a new “edit.”

“Is this the front or the back?” the musician asked, inspecting a dress as he was led into the brand’s “fashion cupboard” to pick out his favourite looks. Later in the behind-the-scenes footage, we see the “Someone You Loved” singer directing a shoot and instructing a model to channel the following emotion: “I was on a Hinge date, but she hasn’t arrived.” Another model successfully managed to appear happy about receiving a tax rebate, as per the singer’s highly specific creative vision.

“Generally, I hate being in front of the camera. I’m not actually a model, although I’ve been mistaken for one, of course,” the tongue-in-cheek singer told ASOS. “I'm much more of a behind-the-camera kinda guy. I don't do it often, but when I do, the magic happens. When you’ve got it, you’ve got it, you know?”

Excitingly, he also revealed that his new album Broken By Desire To Be Heavenly Sent is out on May 29, 2023. “There are songs about heartbreak and songs about actual love which is nice, and conversations with myself about my mental health,” he said. “Over the last couple of years, there have been big shifts in my life and that’s going to have a big impact in someone’s head.”

Returning to the world of fashion once more, he also opened up about his style inspirations. “Well, the absence of style is probably what I’d call it — or maybe ‘scruffy b*stard’ style,” he said. Generally I’m just putting on the most comfortable clothes that are the least offensive on my body. I dress a bit like a cartoon character, meaning that I wear the same thing every day. I wake up and think, ‘Well, it’s illegal to walk around naked, so I need to put clothes on.’”

And as for his signature look: “It’s a plain white T-shirt, black trousers, and a green shirt — a shacket, I believe it’s called. It’s comfy, it’s stylish, it’s chic.” Eagle-eyed shoppers have also noticed Capaldi hiding in the background of various photos on the ASOS site, and his stint as a creative director has left the internet in stitches.

So, next stop, Gucci? We hear there’s a job going... Below, see our top pick of the social reactions to Capaldi’s latest role.