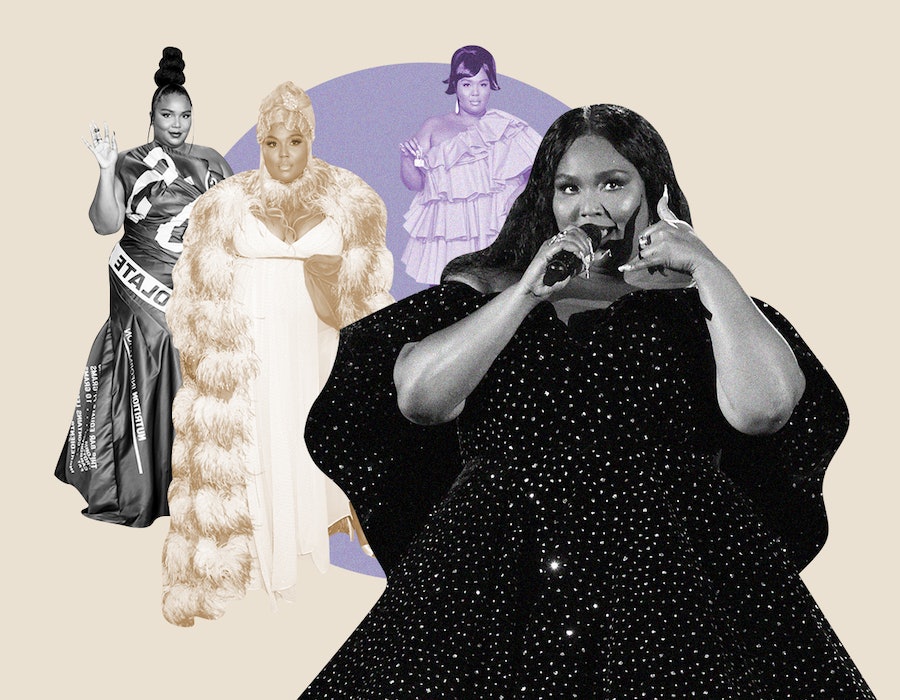 Marko Monroe didn’t intend to become a celebrity stylist. Before he started making a living pulling sequin bodysuits and feather coats for Lizzo, he was mostly preoccupied with livening up the nightlife in Arkansas, where he lived.

“There wasn't really a queer scene — [there was] one gay bar in Little Rock,” he recalls. “It just needed some youth.”

Monroe and his pals decided to start throwing parties — he was charged with building sets, decorating, and making clothes — and soon, the bashes grew big enough to move them into a club. “Once we saw other groups of friends coming together and making their own families, we were like, ‘OK, we've done our job,’” he says.

So in 2017, he felt the time was right to move to Los Angeles, which had a drag scene that intrigued him. His proverbial big break came shortly after the move west, when a friend brought him on to create Lizzo’s looks for her “Water Me” music video. The rest, as they say, is history. The 30-year-old is now the three-time Grammy winner’s go-to stylist, known for creating whimsical looks that regularly go viral. Lately, the pair have taken her wardrobe beyond whimsy, using it as a vehicle to deliver messages about civic engagement before the 2020 election.

After Monroe gets a concept approved, he starts figuring out how to create the design — sketching on his iPad, creating mood boards, collecting materials, and reaching out to designers to reimagine pieces for Lizzo — rather than merely recreate a runway look. "It’s like, how can we make this fit her body well?” he says. “How can you make it look even better than just what's on the runway?”

Monroe draws on the past, particularly the early ’80s, to get his best ideas. “That whole scene [with] Keith Haring, Basquiat, Madonna, Andy Warhol, just at the tail end of Studio 54 into the early ’80s. It got all turned upside-down with the AIDS crisis, but right before then, it was a really magical time for artists,” he says. “It's so hypnotizing that all these people were just hanging out and doing similar things that I would want to do with my friends. They were making stuff and doing it and not thinking about it, and there was no pressure to fit a certain standard.”

As Lizzo gets more and more famous, it’s become easier to find collaborators to bring her looks to life, but it’s still not as simple as it should be. “It's weird cause [some designers will] say little snide things that I'll catch, like about [Lizzo] being 'healthy' or whatever. I'm like, ‘What? She works out every day. She does an hour-and-a-half set on tour every day for six months. She is healthy!’ And I can't react in the moment to things like that, but I'm just like, ‘Oh my God’ and do an eye roll,” he says. “A lot of times when that happens, I don't end up following through with these people.”

Still, Monroe’s hopeful about the future of plus-size red carpet fashion. “I see so many curvy women being showcased on style blogs and being represented in the industry as a whole. I think Lizzo played a huge role in that and others before her, like Beth Ditto,” he says.

In the meantime, Monroe isn’t letting antiquated ideas deter him — and in fact, Lizzo is getting looks created by the biggest names in fashion, including Christian Siriano, Moschino, Valentino, and Marc Jacobs.

Her 2019 Met Gala look, designed by Marc Jacobs, is one of Monroe’s favorites, partially due to the viral responses it generated after the star wore the pink feathery coat through airport security.

“We kept the coat and were like, ‘We'll send it back later,’ and then we were like, ‘How are we going to transfer it?’” he says. “I wanted her to wear it for the next performance in Nashville as an opener, and so she just wore it in the airport — I wasn't going to put it under [the plane]!”

Ahead of the 2020 election, Lizzo’s outfits began to take on political significance. The star posted several voter-inspired looks to Instagram, including an “Auntie Sam” American flag corset and a Christian Siriano "vote" dress. “The whole concept was developed after Lizzo discovered how many people didn’t participate in the last election,” says Monroe. “Forty percent of the population did not vote. That all had us in shock, and we used that as a jumping off point.”

In one photo, Lizzo poses with one side of her body covered in an American flag jumpsuit and the other half completely bare. The half-outfit styling was intentional to reframe the discussion about patriotism and who is “allowed” to call themselves an American citizen. “We all felt a little uncomfortable when we saw the U.S. flag because of what the Trump administration had attributed to their idea of patriotism,” says Monroe. “But I wanted to help reclaim that symbolism because the American flag represents so much more than what the Trumpers want to claim... but what does 40% of the flag look like? It seems incomplete and like it’s missing something, which we thought would be a poetic way of pushing the campaign of unity, participation, and the civil liberty of voting.”

Monroe also worked with Siriano to customize the "vote" dress that Lizzo wore to the 2020 Billboard Music Awards. The look complemented Lizzo’s politically charged award acceptance speech, in which she said, “Would I be standing here right now if it weren’t for the big Black women who refused to have their voices suppressed?”

Then there was Lizzo twerking in a red top hat, an American flag corset, a white dress shirt, and a blazer as the country’s very own “Auntie Sam.” “The Uncle Sam propaganda for the military is easily identifiable, but what if it was turned around and replaced with her message, ‘I want you to vote’?” says Monroe. “It was just the perfect sort of symbolism that’s Americana but playful and completely enhances her voting campaign. Plus, I finally got to pay homage to the image of Naomi Campbell, who did a similar thing in the ’90s.”

Monroe is looking forward to more sartorial moments with Lizzo that make a powerful statement. “When you have the opportunity to be in front of a lot of people, and because of who you are, they already pay attention to what you wear, it just makes sense to use it as another vehicle to relay a message of great importance.”

Overall, Monroe’s No. 1 priority is simply making Lizzo look like she feels: good as hell. “It's always a matter of the sexiest top for a reveal, or she's like, ‘You know me, I don't mind being thot-y!’” he says. “At the core of everything, she’s always got to be sexy — and she is sexy, period. She's sexy, and people need to know it.”

More like this
Looking Back At Kylie Jenner's Best Fashion Week Looks
By Allie Fasanella
Beyoncé Wore A Golden Sheer Gown At Her VIP Dubai Concert
By Sam Ramsden
Camila Cabello Wore A Pearl Bra On The 2023 Grammys Red Carpet
By Alyssa Lapid
Lizzo Wore A Spicy Bustier Gown On The 2023 Grammys Red Carpet
By Alyssa Lapid
Get Even More From Bustle — Sign Up For The Newsletter
From hair trends to relationship advice, our daily newsletter has everything you need to sound like a person who’s on TikTok, even if you aren’t.