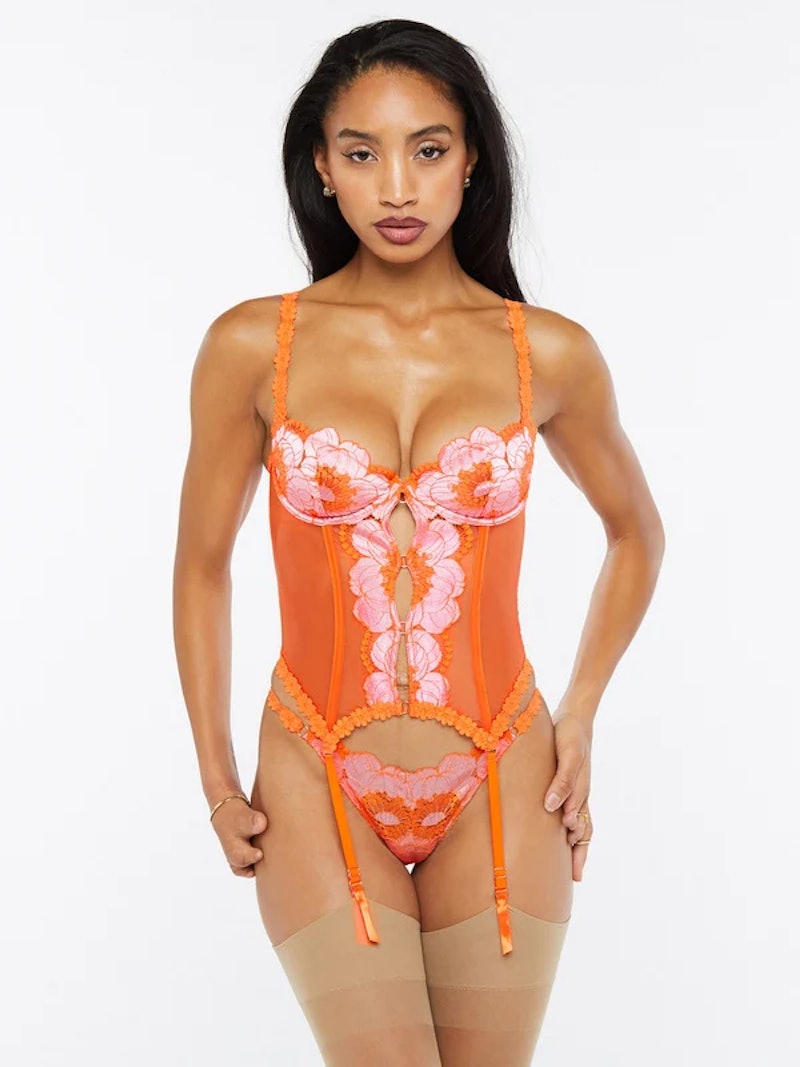 Four months into the pandemic, Lyric Mariah received a text message from her agents that immediately made her feel stressed.

She feared she was going to be dropped from her agency, but they were actually sharing a career-defining opportunity. “They [said] I was officially confirmed for the 2020 Savage X Fenty show,” Mariah tells Bustle. “And my jaw hit the concrete because I just could not believe it.”

Mariah, 24, grew up in Darien, Chicago, a suburban town with a population of a little more than 22,000. She was born with a physical disability called amniotic band syndrome, or ABS, which can lead to limb differences.

“I had to deal with not only my own confusion about my body and why I look like this, but also everybody else’s,” Mariah says. “It was a struggle. The first time I’ve ever been bullied, I was five years old.”

A little boy made a remark about her hand, and several other bullies did the same throughout her childhood and adolescent years. But Mariah says it went beyond just teasing her about limb differences.

“I don’t think I was bullied because I had three fingers and one leg,” she says. “I think I was bullied because I was somebody who you would look at. I was a kid, but I was dealing with a lot of adult issues. I was running back and forth from the hospital. I was dealing with the finance side of it — these prosthetics and these surgeries, they are so wildly expensive.”

Mariah actually found solace in Rihanna’s music during her teenage years. “She is specifically one of the people that — without even knowing it — helped me through some of the darkest times, and still does,” she says.

“[I] would go home at night and put on headphones and listen to Diamonds by Rihanna and imagine walking down a runway. So, to get the call that I would be working with her for a fashion show, it was beyond anything I could have ever asked for.”

That full-circle moment is inspiring Mariah to take her career even further. What’s next on her bucket list? “A Versace campaign,” she says. “That’s what I’m working toward.”