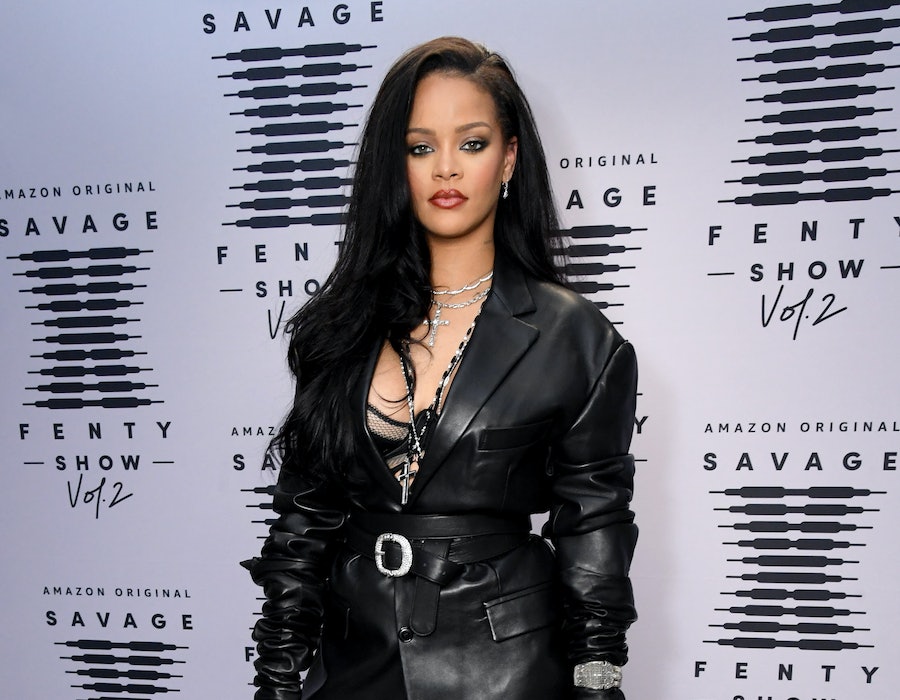 The Savage X Fenty fashion show is just one day away, and anticipation has already reached a fever pitch. With appearances by Lizzo, Normani, and of course, Rihanna herself, the event promises to be more star-studded than your average awards show.

And while the performances will definitely be entertaining — Travis Scott, Ella Mai, Bad Bunny, and Roddy Ricch are all hitting the stage — it's the lingerie that fans are most excited about. Rihanna is introducing a Fall collection with sizes ranging from XS to 3X. And to debut it, she enlisted one of the most inclusive model casts to date.

This season's Savage X Fenty lineup will feature plus-size icons like the aforementioned Lizzo, rapper Chika, and model Paloma Elsesser, as well as transgender stars like Indya Moore. Even plus size men, who are criminally underserved in fashion, will be represented on Rihanna's runway as she debuts the first Savage X Fenty menswear line, a collaboration with rapper Christian Combs.

Rihanna says she decided to make inclusivity a core part of the brand ethos after the positive response to the first Savage X Fenty fashion show in September 2018. "People really enjoyed just seeing a bit of inclusivity," she said in an interview. "So, we took that and we said this is going to be the core of what our brand stands for. [...] And from now on, we're just going to keep expanding on the level of inclusivity. Every show has expanded on that, ever since. And this time is going to be nothing different."

Scroll through for a first look at the Savage X Fenty show which streams on Prime Video starting Friday, Oct. 2 — and promises to put that other lingerie show to shame.