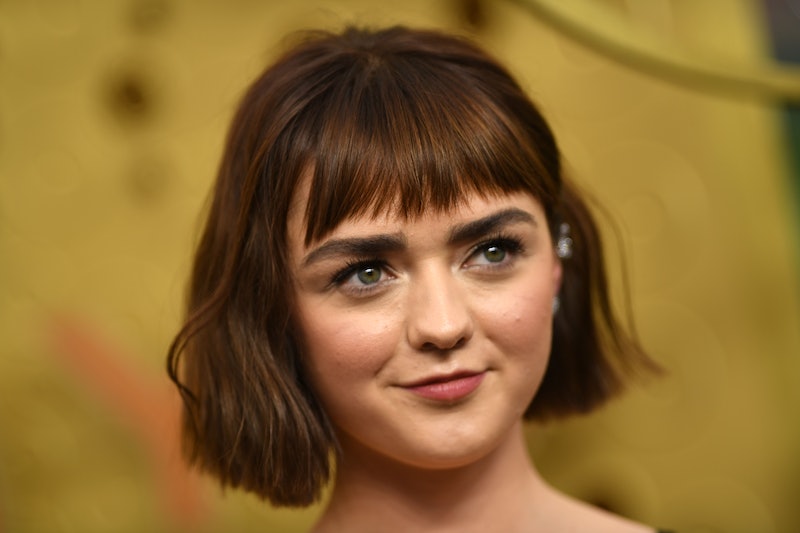 The long-held hypothesis that blondes have more fun is TBC, but one person repping it for the fairer haired among us is Arya Stark. Yes, Maisie Williams' new haircut is funky AF and a twist on the classic blonde bombshell.

Williams, who's best known for her role on GoT, first went blonde back in May 2019 to celebrate the end of the show. It was all heavy fringe and experimenting with fun temporary tints but this time around she's taken us back to the '80s with a classic cut — a mullet.

The new do comes courtesy of the world famous Bleach London salon, who shared a photo of Maisie on their Instagram account with the clever captioned "Mullet for My Valentine." Williams' choice of cut and colour (golden blonde hues with darker roots) is the epitome of '80's rock and roll and although few can pull it off — she's doing it with ease. Underneath the post, Williams showed her satisfaction with the whole experience by commenting, "dreams rly do come true."

The mullet, which provides business in the front and party in the back, has seen an enormous resurgence in popularity in the last few years. Stars like Miley Cyrus, Billie Eilish, and (of course) Joe Exotic have brought the alternative look back into the mainstream.

Despite this year being quieter for most actors, Williams has hit the ground running post GoT. Her upcoming horror film The Owners (release in 2020 but date TBC) is hot on the tails of her hit Sky show Two Weeks To Live.

As well as that she's got her face on the cover of Telegraph Luxury and she's also been busy with the Daisy App, a new exciting service that brings members of the production world together. Going by all of the above, the sky's the limit for Williams and the best is yet to come.