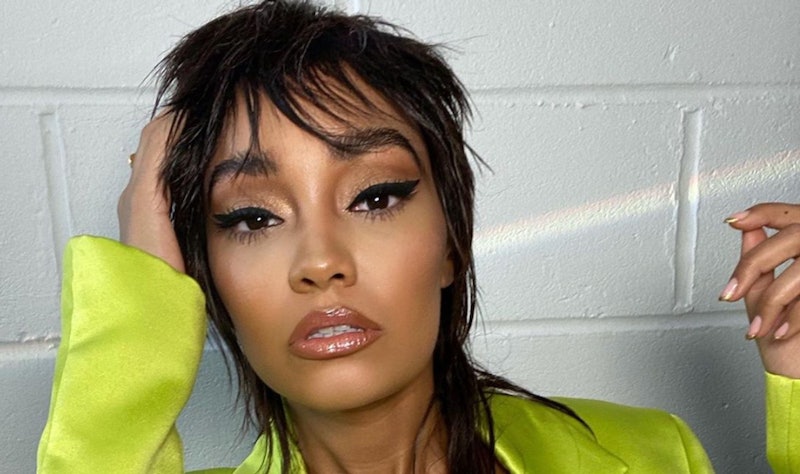 The mullet: it's a look many of us wouldn't dare try even if it was the last hairstyle on the planet. That is... until now. The modern mullet has been making a surprising comeback in recent years, and with the way this year has been going, nothing is really a shock to the system anymore, so it kind of makes sense. Wondering how to style a mullet in 2020, and who has done it well recently? I've got you covered.

The mullet hairstyle actually has some very old and rather odd associations and roots, says James Johnson, Color Wow Brand Ambassador and Celebrity Hair Stylist. "The word ‘mullet’ originally stems from a type of fish," he says. "Deriving from the Greek language, it’s hard to see the connection between this and a type of haircut, however incidents of the hairstyle are said to have been documented back to more than 1,400 years ago during the Roman times."

Woah. That's a pretty ancient hairstyle. In more modern history, however, the mullet had its real moment in the spotlight in the '80s and '90s, where wild fashion and questionable hair and makeup trends were the norm. "The Beastie Boys made it the iconic trend in 1994 with their song 'Mullet Head,' expressing the line 'Cut the sides, don't touch the back'" adds Johnson.

Onto charting the trend in more modern times, there are a handful of celebrity inspirations we can turn to in the past few years, which make a solid case for trying the look. The most recent of which, for example, is Leigh-Anne Pinnock of Little Mix, who wore the style to promote the band's new music, which has a distinct '80s feel. Speaking to Gay Times, bandmate Jade Thirlwall expressed her adoration for the look when she said, "Honestly, it’s iconic isn’t it? Nobody else could’ve pulled that mullet off!"

Elsewhere in pop culture is the appearance of a great mullet hairstyle on Sophie Thatcher, who appears in new Quibi show When The Street Lights Go On. Thatcher plays Becky Monroe, the sister of Chrissy; the girl whose murder is at the centre of the storyline. Set in 1995, the hair has a major nostalgic feel.

Other stars who have been spotted sported the humble mullet style include Irina Shayk and Gigi Hadid, who rocked one on the cover of Vogue Mexico in June 2019.

But while it's all well and good to marvel over a supermodel with a mullet on the front cover of a high fashion magazine or a girlband member promoting new music, is this a look us regular folk could (or should) be trying these days?

Johnson admits that it's not exactly the safest style to try at the moment, particularly given the circumstances. "This look is perfect for high fashion… however nipping to the local shop during Covid-19? Definitely not… leave it to the catwalk," he explains.

However, if you're down to give it a go, there are ways to make it cool; just be sure to wait until you can have the style cut in by a professional, post-pandemic. Trying this one from home could honestly be a recipe for disaster.

Johnson explains that the style can look cool for edgier tastes, and on certain hair types: "A mullet is suited with texture; if it is to be recreated, the more undone movement the better to make it more edgy!"

“For those wanting to break away from that long, ‘pretty-girl’ look – this is the haircut for them, This is the cut that says, ‘I don’t care what people think about me.' It takes a certain amount of courage and attitude to carry off a haircut like that."

If you've got the bravery (and the desire), pop this at the top of your post-pandemic hairstyle wish list, pronto.